A telling sequence from African American director/producer Oscar Micheaux's film WITHIN OUR GATES (1920).

Posted by Milton Knight at 3:18 PM No comments: 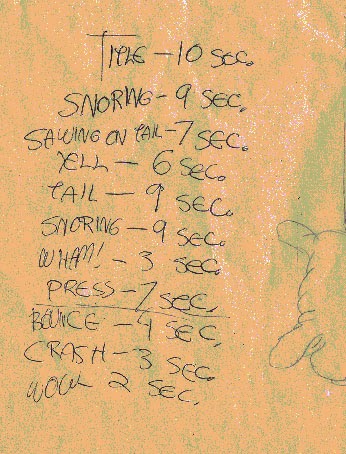 A SPLASH OF GRAPHIC CLASSICS 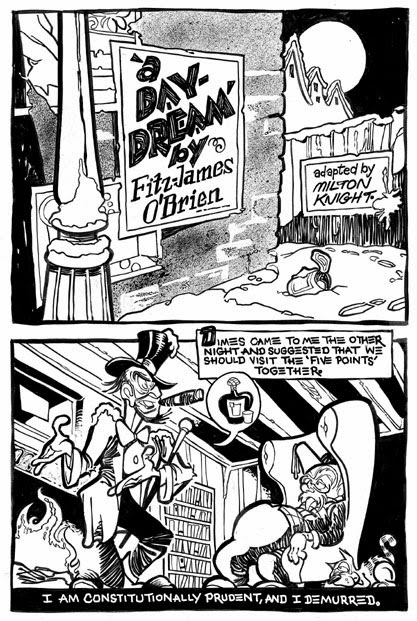 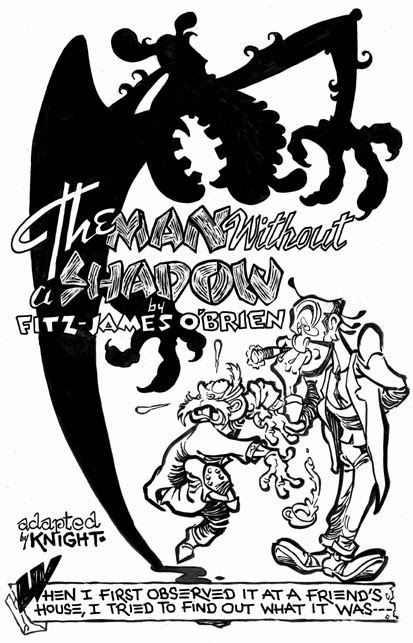 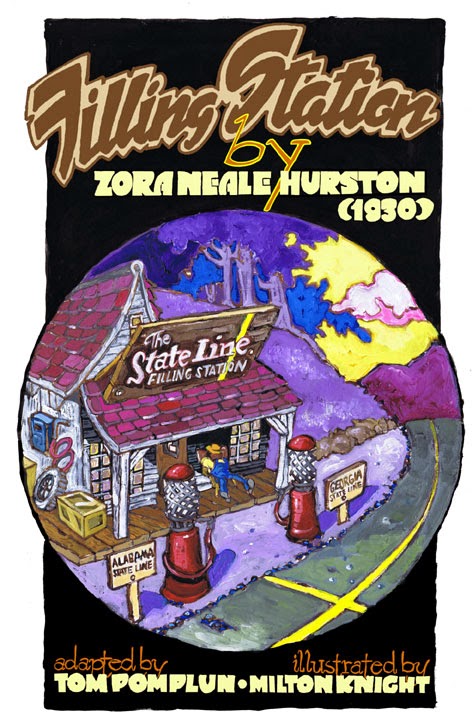 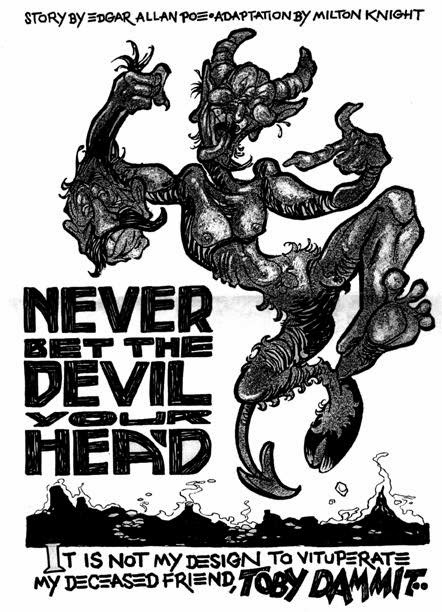 COPYRIGHT 2014 BY MILTON KNIGHT
Posted by Milton Knight at 2:41 PM No comments:

WITHIN OUR GATES (1920), an early movie by Oscar Micheaux, pioneering African-American filmmaker, directing a multi-racial cast. The film has the usual Micheaux quirks (the lighter the skin, the more trustworthy the black), but I find the film to be sincere, and sometimes painfully honest concerning race relations. For those who crave fast action, the lynching/rape sequences (in answer to BIRTH OF A NATION, no doubt) are in the latter third of the film.

Posted by Milton Knight at 2:05 PM No comments:

Posted by Milton Knight at 11:09 PM No comments:


INTERVIEW ON ARTS & EROTICA
A journalist conducted this interview with me (by email) in the spring of '02 for an art magazine that seems to have disappeared. A shame to let it rot...so I've brought it to you myself. 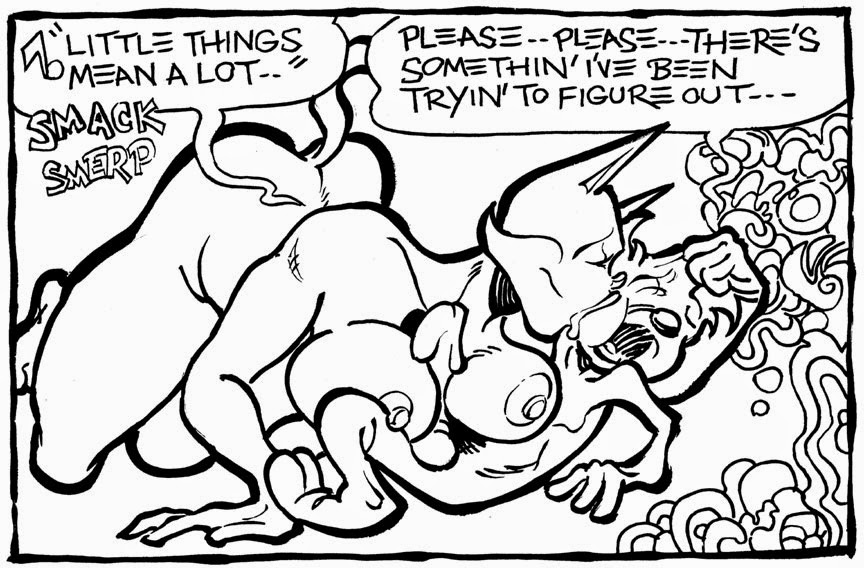 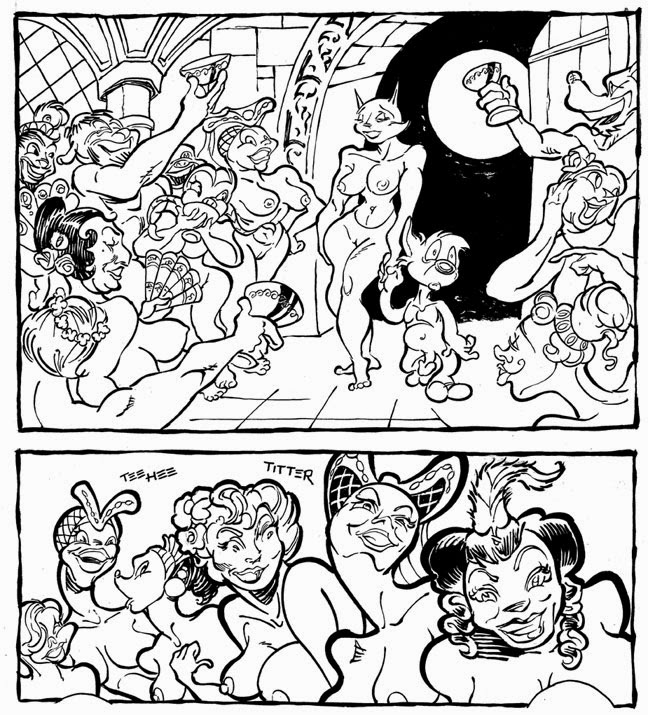 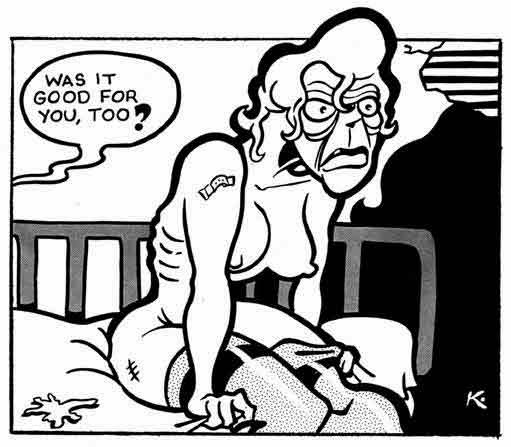 Posted by Milton Knight at 10:42 PM No comments:

Only in LA: I drove into the driveway of a church and got caught in the snarl of a movie shoot. A kind movie shooter guided me backing out.

"Fine Art" ruined my profession. Nowadays comic artists get kicks playing the starving artist (usually subsidized by their parents). See, I've been working since the 1980s. I'm old enough to miss the days of publishers NEEDING content and my being able to negotiate a proper price. I entered comics partially to express myself, but also because it was a JOB.

My problem is, I think the sex in my work is as happy and innocent as nature itself. Certainly not as sick as the "mainstream" image of Commissioner Gordon tied up naked.

Yrs, MK
Posted by Milton Knight at 5:45 PM No comments:

1949 Soviet razz at capitalist greed. I'm by no means "on their side", and am well aware of Stalin's crimes against humanity, but the points made in this relic are possibly more relevant than ever.

Yrs, MK
Posted by Milton Knight at 6:52 PM No comments:

I don't know when or why I started recognizing certain cartoons as Russian ones. I don't recall being exposed to them often on TV. But their polished appearance, characters who, to me, seemed extremely realistic at the time, and the strange, almost "backward" timing let me know what I was seeing in seconds. Thanks to You Tube and Dailymotion, the films from the 1940s and '50s are easy to see; too bad most of them are the Most Boring Films on Earth.

It's the animation for adults that tend to offer real surprises, but there are gems among the childrens' films as well. Here's one that made a big, BIG impression on me as a youngster when I saw it dubbed in English in a department store "kiddie theater". The signs in that version were crossed out on the film, frame-by-frame (occasionally revealed), which was just as impressive...and mysterious.

Today seems less of an end of civilization when you study world history.

On a brighter note, Rita Rio's Orchestra with Alan Ladd:

"Nice People", a snappy song about living the best one can under financial duress. Played by Joe Loss' band.

Henry Hudson, another British aggregation, gives us "Today I Feel So Happy".

1929; Ted Weems & his Orchestra beautifully play "Washing Dishes with my Sweetie at the Kitchen Sink". The band that laughs out loud!!

Posted by Milton Knight at 11:01 PM No comments:

Strange part of cold/pneumonia is its start; when all my tasks are laid out in front of me, but look uncontrollable and don't know why. ("Why can't I think??") Waking up the next day with "hair hurt" is just as bad.

Just documenting the sensations while I still recall them.
Posted by Milton Knight at 5:00 PM No comments:

Feeling better. Able to stand, walk & sit upright without buckling for the first time in 2 wks.
Posted by Milton Knight at 3:50 PM 1 comment:

I was losing faith in the antibiotics the doctor prescribed me, but for the first time in weeks, my cough has stopped and it's not so hard to get out of bed. I hope it lasts. Thanks to those who've sent their best wishes.
Posted by Milton Knight at 12:17 PM No comments: