A band called The Hyperdrive Kittens has licensed an image of Ginger for their logo, soon to appear on everything from T-shirts to guitar picks. 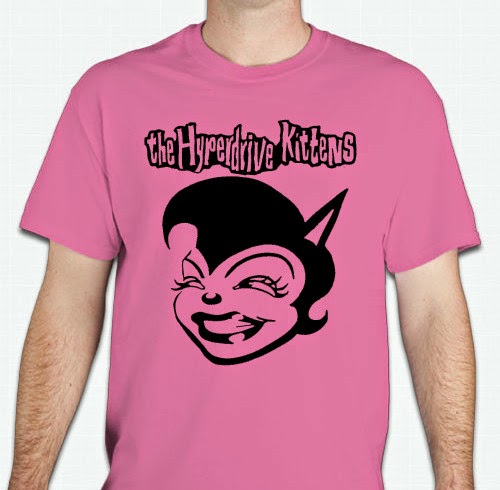 I went to the cashier at the Big Lots store, and he was shaking a pair of watches at his ear. He said to me, "either they're broken or they need new batteries. You want to buy a watch for five cents?" I chuckled, thinking he was being funny, and proceeded to check out. I asked him then, "You're not serious, are you? He assured me he was. The only catch was, at that price, I couldn't return them. So I said I'd take them both. He conferred with the manager; it was all honest and above board and straight faced. Even if it turns out the watches are kaput, they'll be nice to look at for a while. 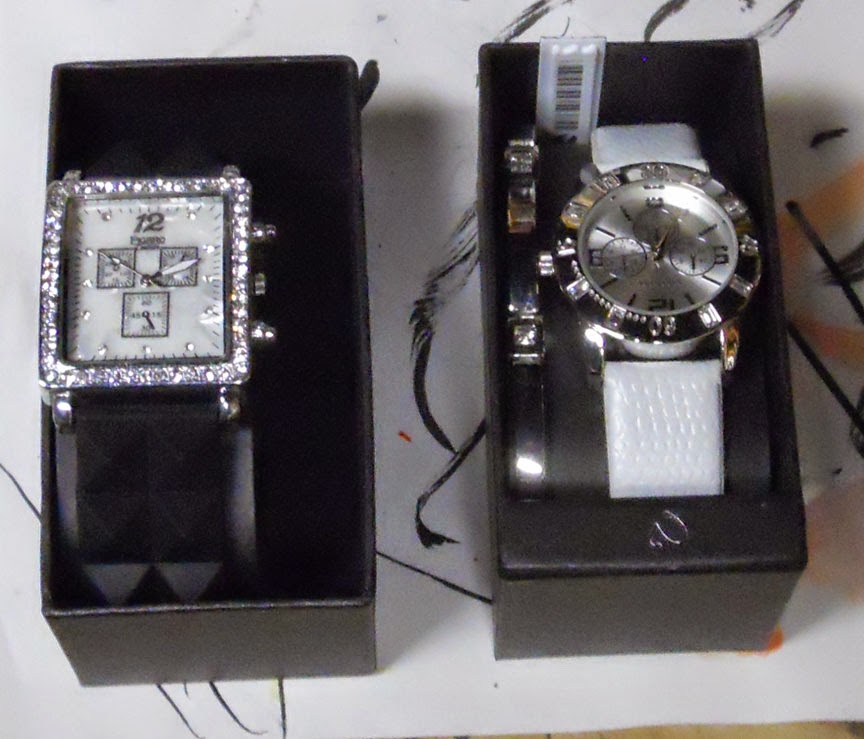 Bookshelf (mine), Asian studies section. Feasts for the eyes and mind (mine). 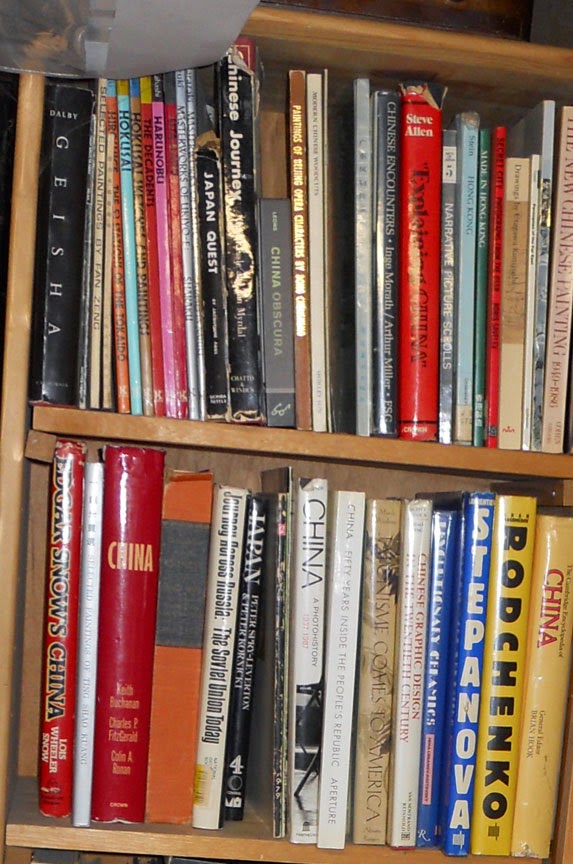 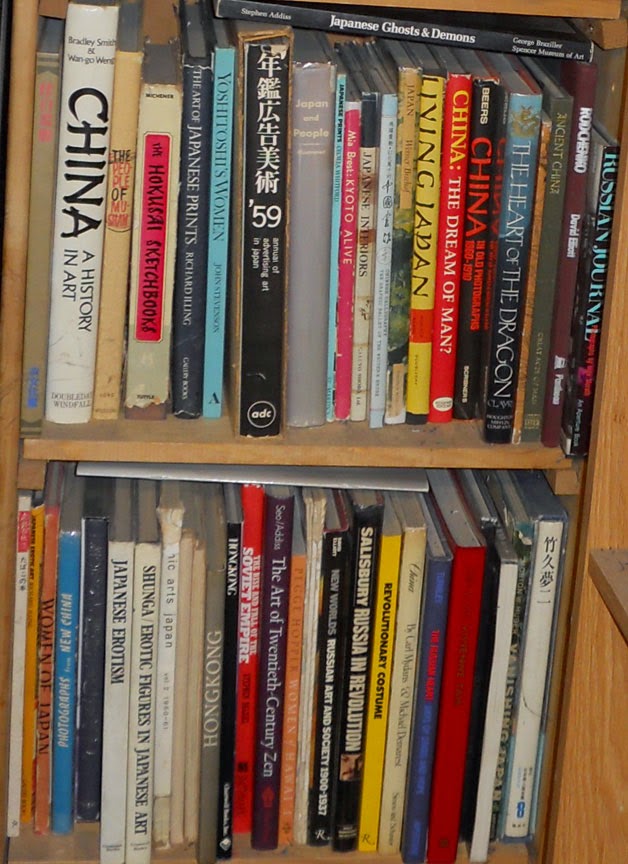 Unboxing today and found my two BABYSAN books by Bill Hume. The strip appeared in armed forces newspapers in the 1950s, during the American occupation. "Babysan" is like a juvenile Miss Lace, setting the servicemens' hearts afire. Though it's very well drawn (as were many of these military comics), the panel is notorious for its patronizing attitude today. (Several gags concentrate on Babysan's use of 'falsies'.) 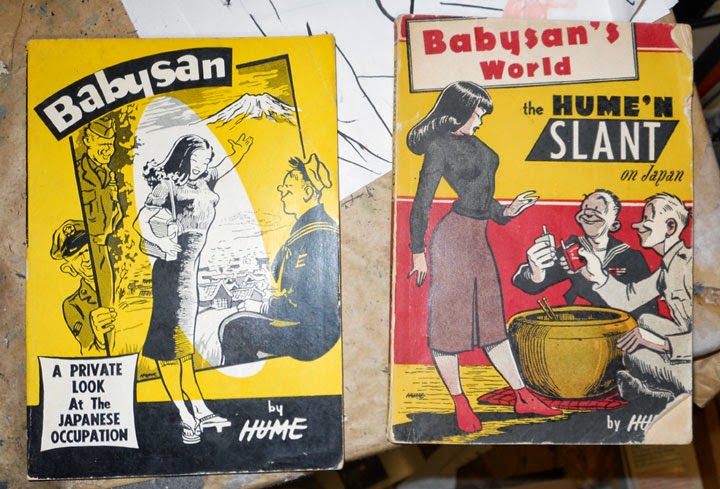 Posted by Milton Knight at 11:16 PM No comments:

Happy surprises come on the internet, too. A profile of yours truly appears on a site in honor of Black History Month!

Proudly,
MK.
Posted by Milton Knight at 4:49 PM No comments: Not religion; just practical common sense on living in these uncommonly stupid times. One can be part of the world, yet not a part of its madness.

This is a switch from our usual programme, but I feel like having one.

A fellow said I seem ‘serene’. I don’t know about that, but I aspire to keeping my zest for life, but becoming tranquil, like a Buddha on a shelf, my spirituality deep inside me, like a sweet yam buried deep in the earth. 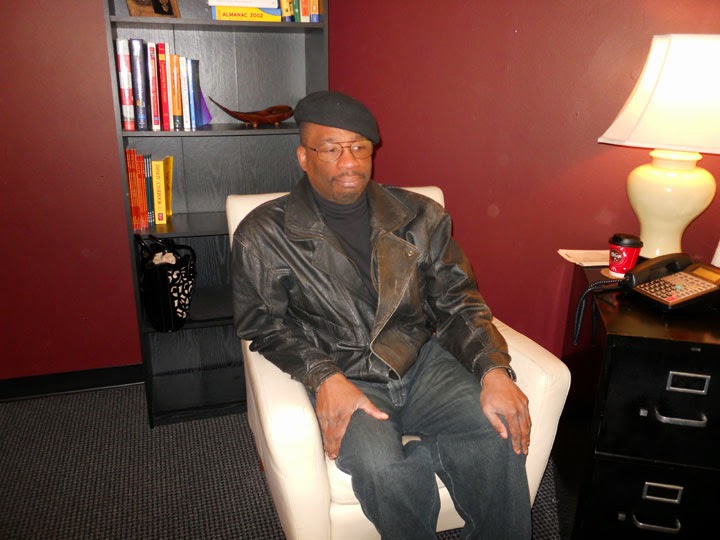 K.
Posted by Milton Knight at 2:03 PM No comments:

THE OL' KICKSTARTER BLUES (AND A LITTLE PHILOSOPHY)

Folks nag at me that I "should" do another Kickstarter. I don't need millions to finish a cartoon. Just paper and ink. And there'll be no advance announcement (which I consider a curse). If and when I finish a picture, I'm gonna spring it on the public like a cobra. And they'll have to pay to see it!

Strange thing: A cry for help is ignored, but decide to just walk from the problem, and people knock each other down trying to keep you there. 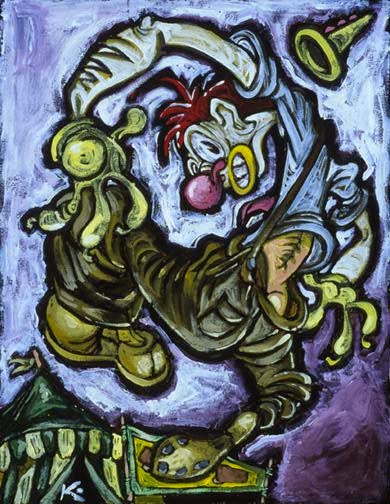 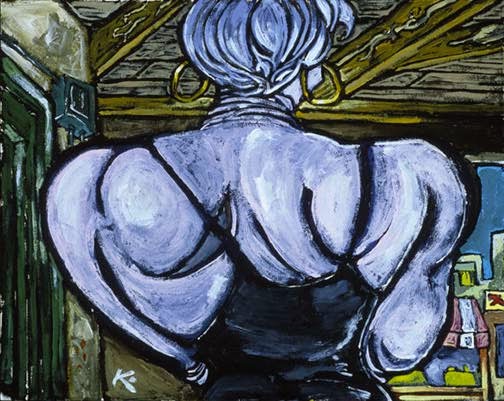 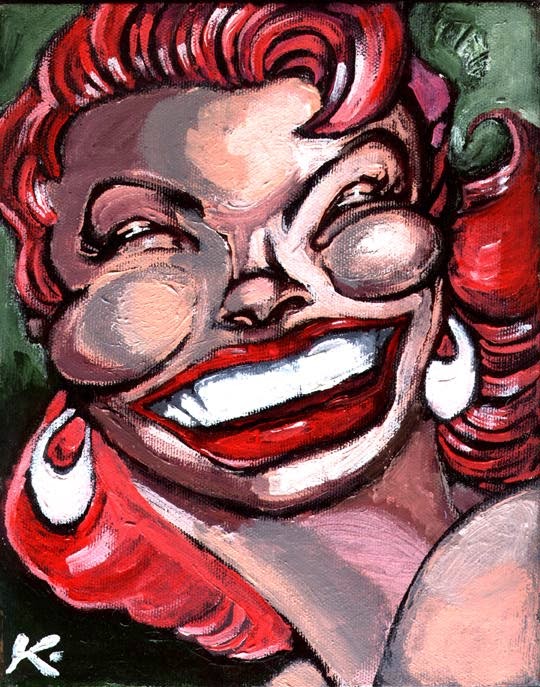 Posted by Milton Knight at 8:44 PM No comments:

EXPRESSIONS OF A DOGGY MUG (AND A PLUG)

I've just completed a King Adolph strip for the "funny animal" anthology MOLASSES #2.
I've tried to get as much personality as one can in four pages, and am proud enough to post some facial closeups from the story. 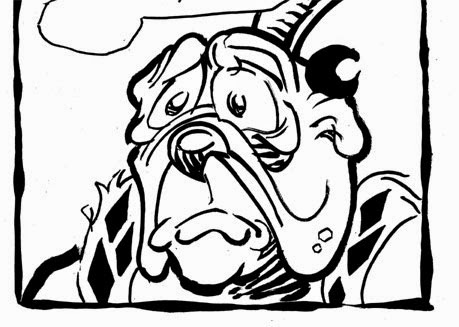 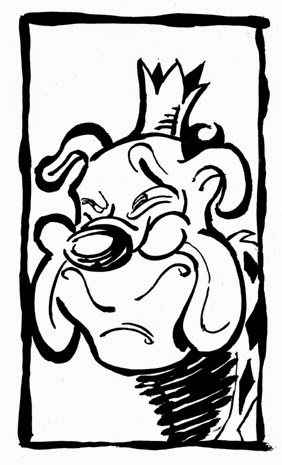 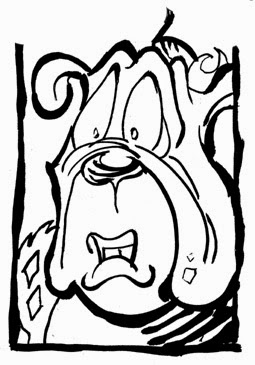 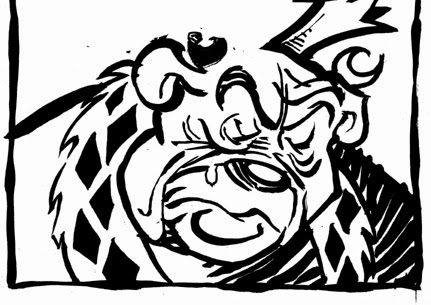 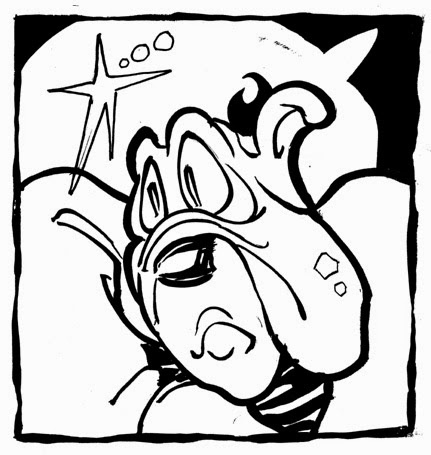 COPYRIGHT 2014 BY MILTON KNIGHT
Posted by Milton Knight at 7:13 PM No comments: 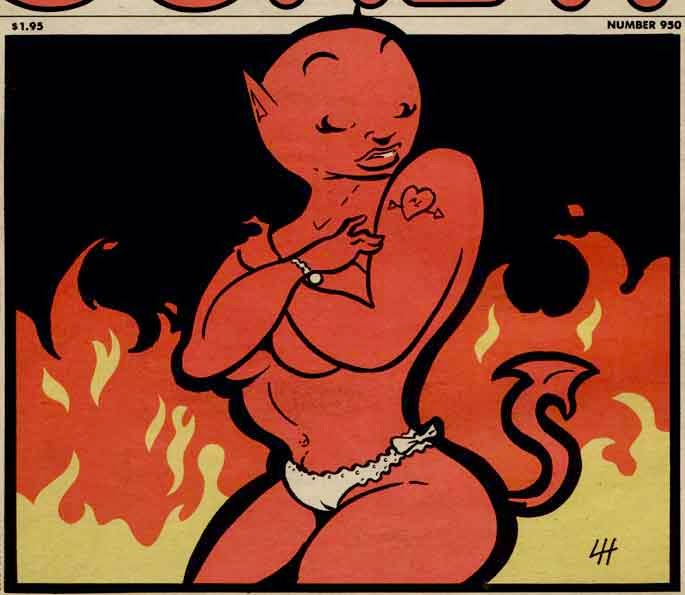 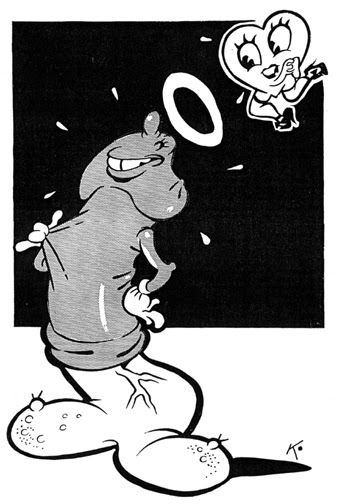 COPYRIGHT 2015 BY MILTON KNIGHT
Posted by Milton Knight at 7:36 PM No comments:

V.T. Hamlin! One of my favorite cartoonists. An artist with a Renaissance talent; he could make a beautiful design of every situation, every panel. The happenings might be the most violent and off kilter; yet the discipline was always there. Becoming a lost art. 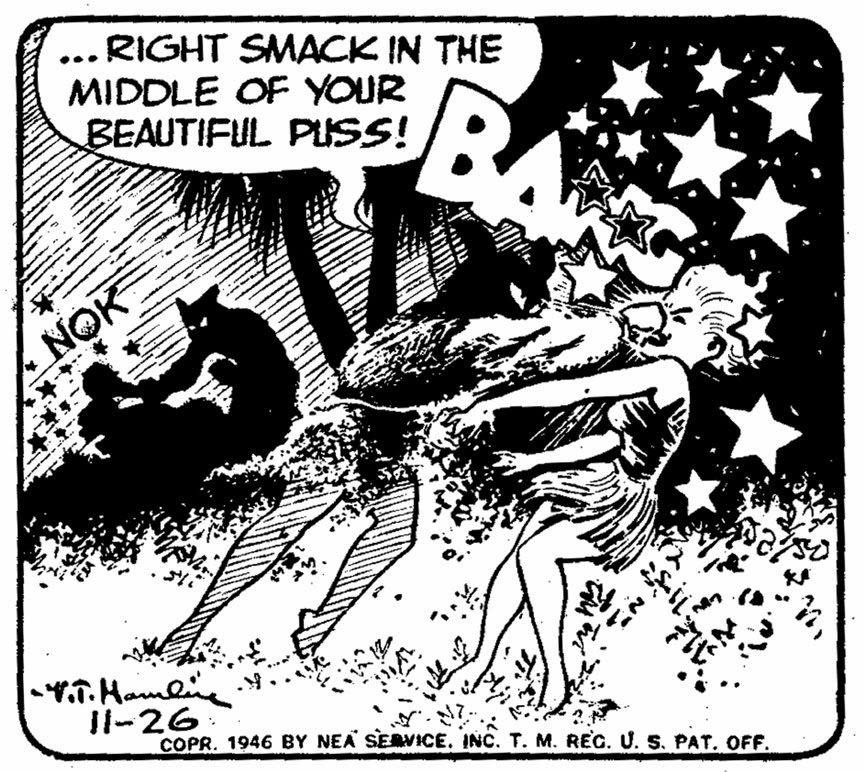 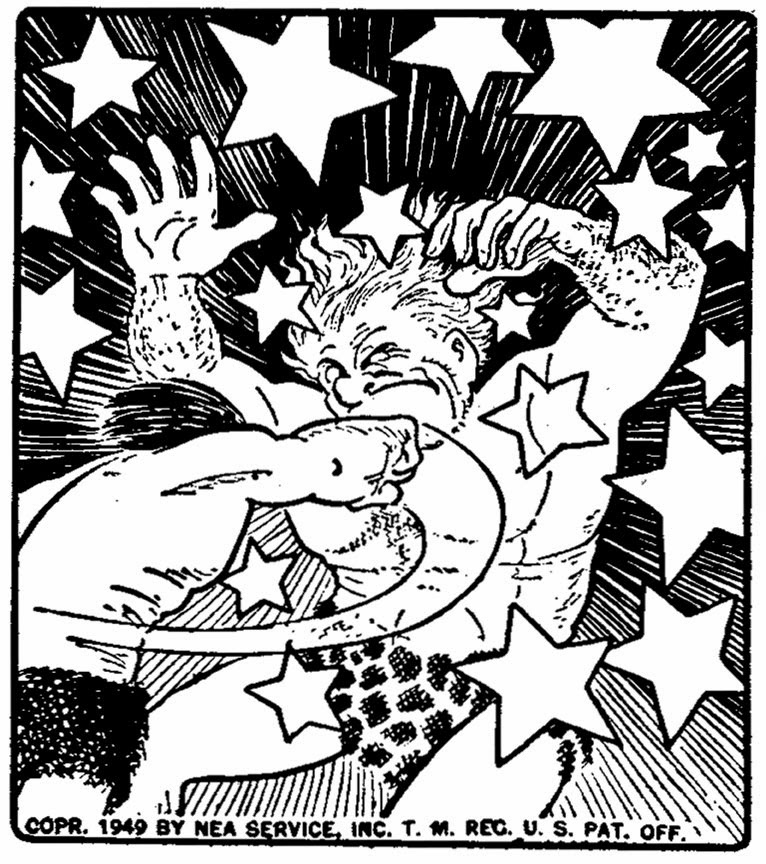 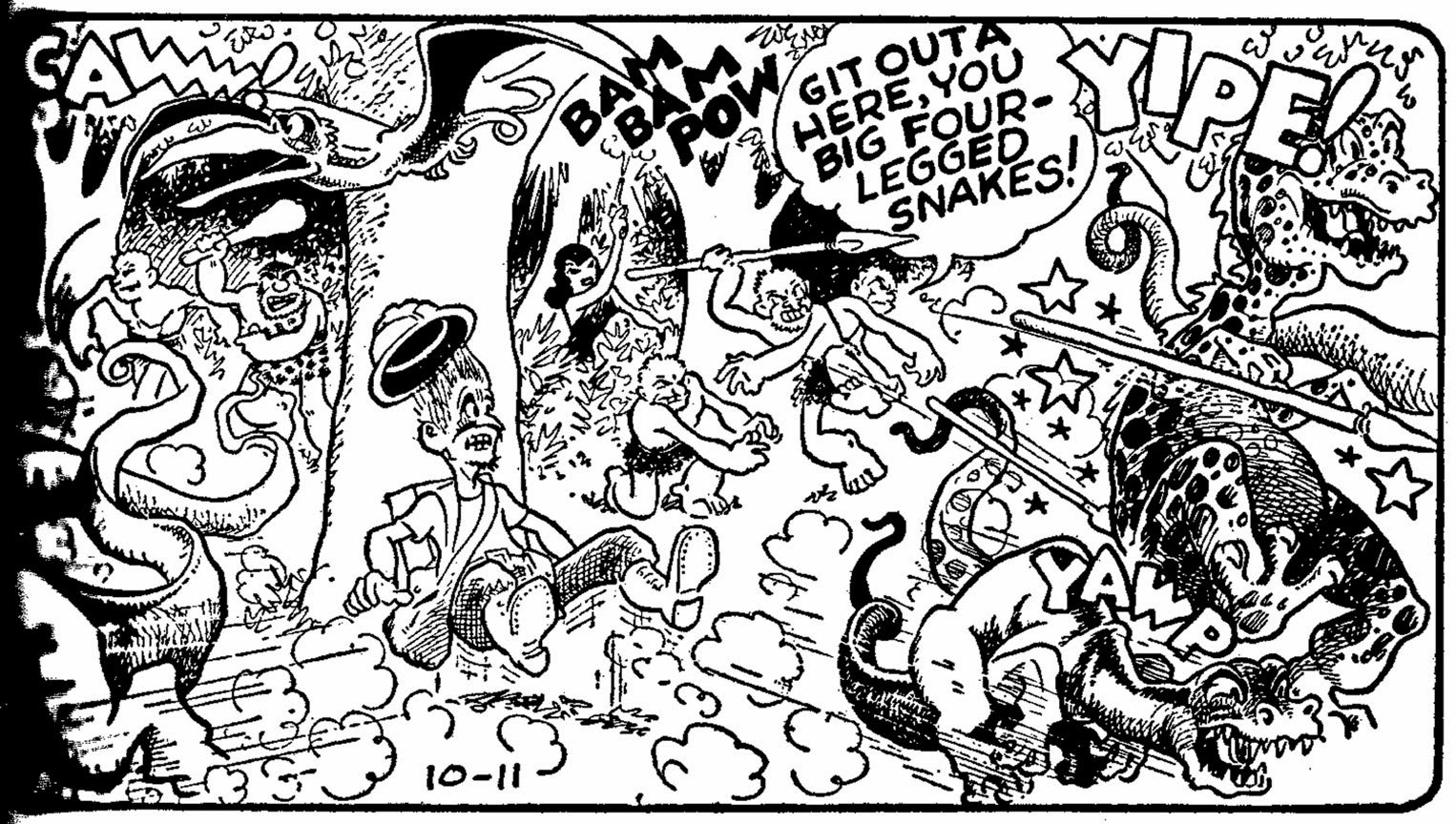 Harmoniously Yours, K.
Posted by Milton Knight at 12:18 PM 1 comment:

Holly Chambers was a "funny animal" comic book artist now famous for finishing a book in a weekend while shot full of heroin. These panels are from closest I've gotten to a Holly Chambers session a a while; three pages in a stretch. I may do a fourth to finish the strip, but my biggest fault is that I like to think first. 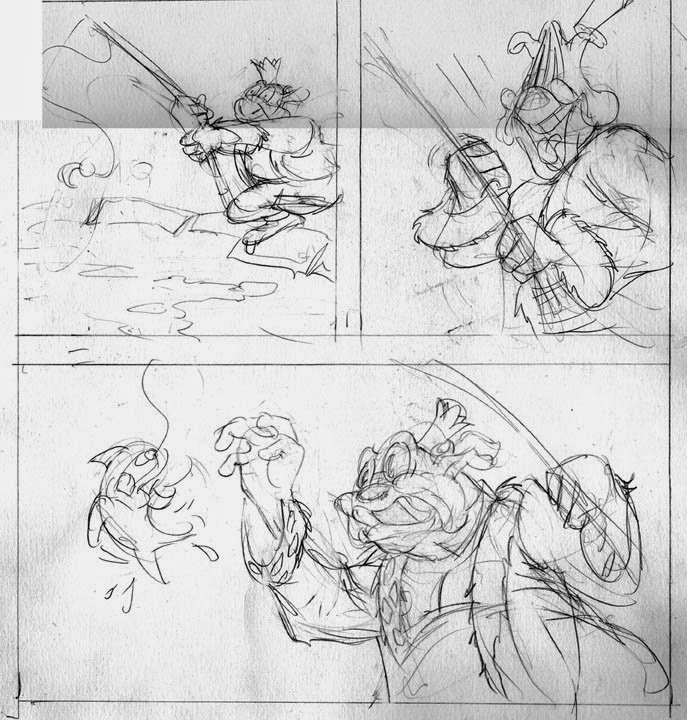 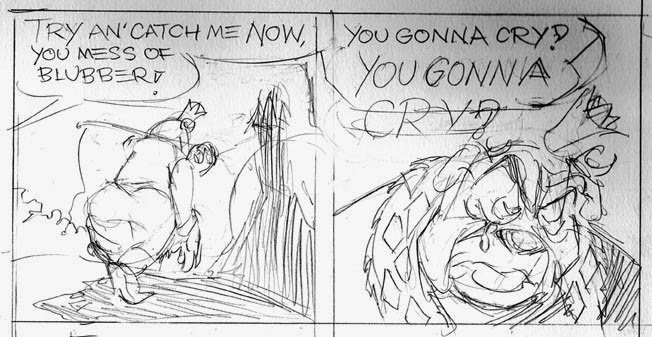 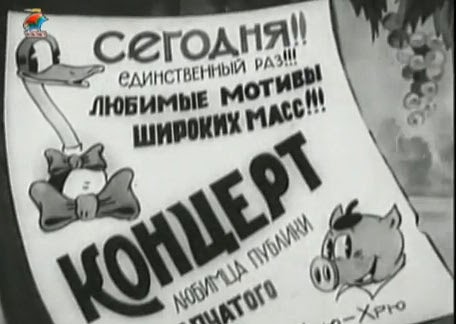 Posted by Milton Knight at 6:00 PM No comments:

THEY HAVE FACES NOW 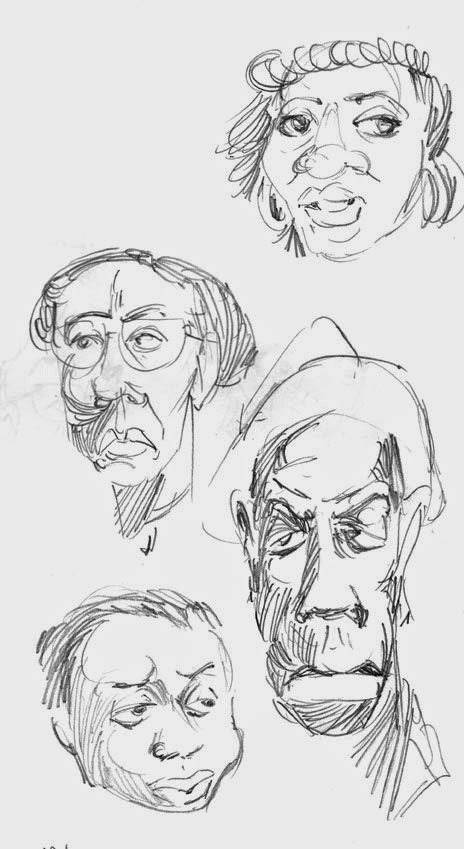 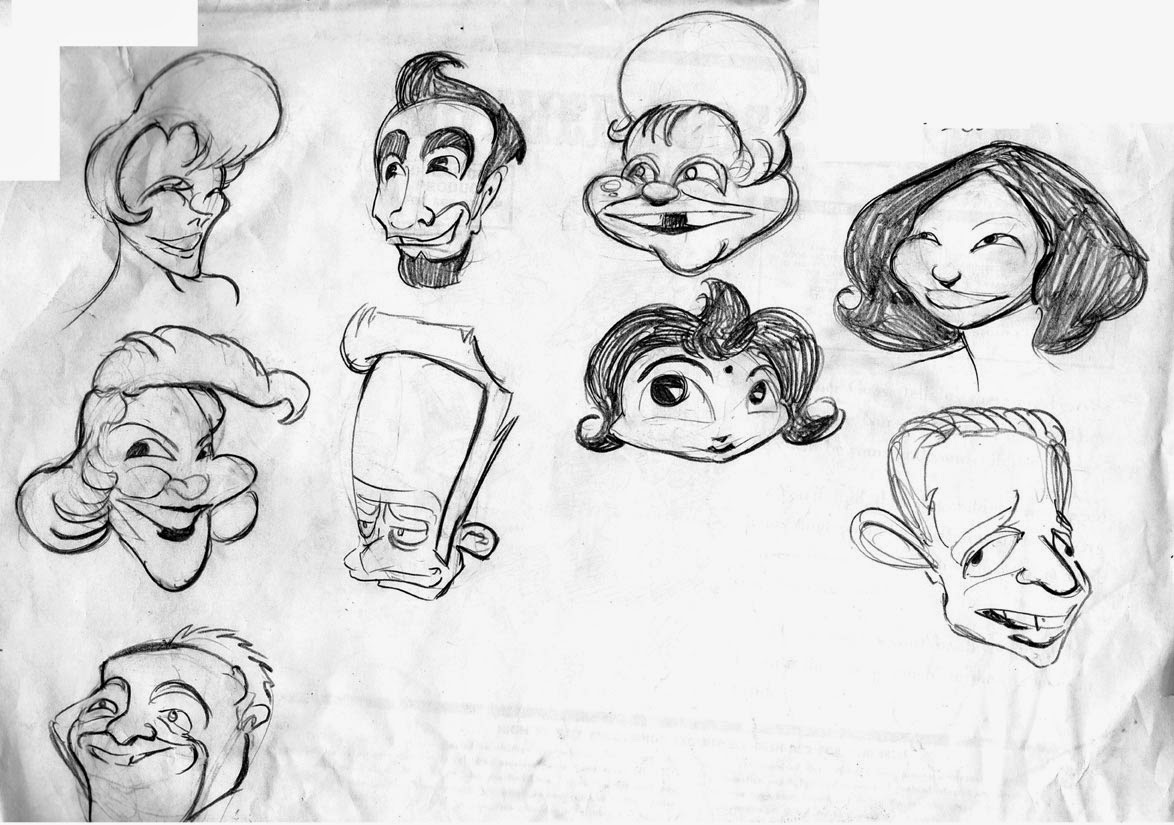 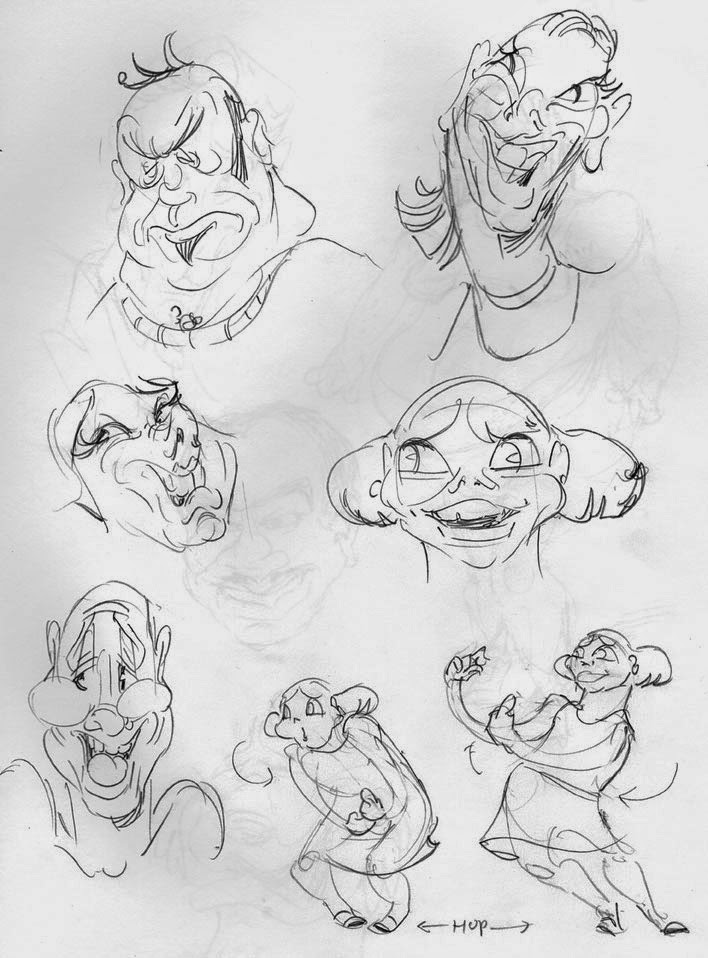 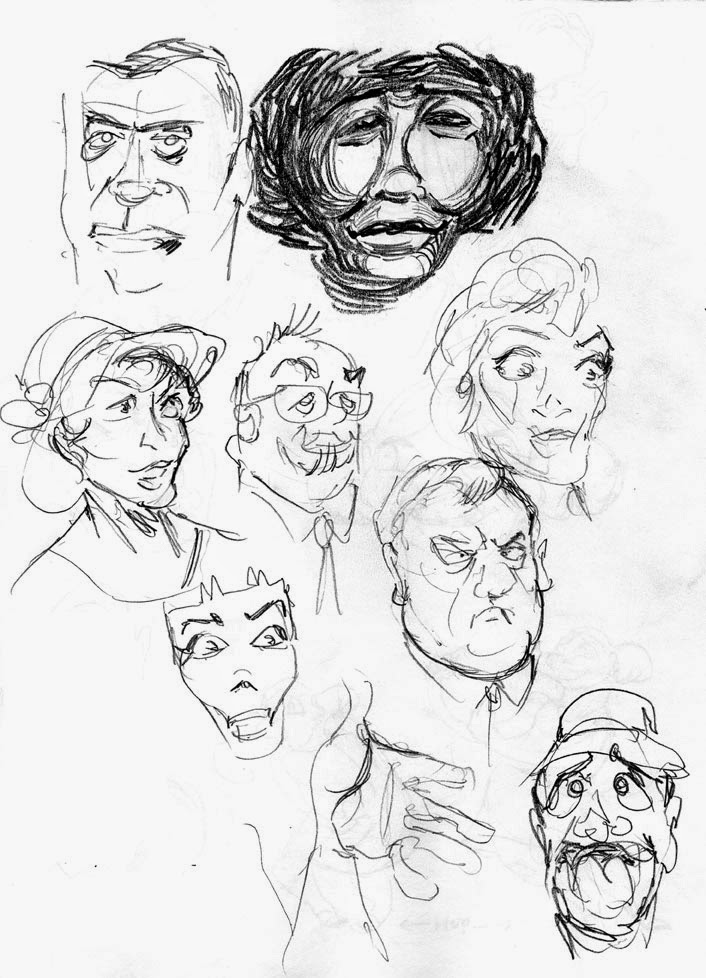 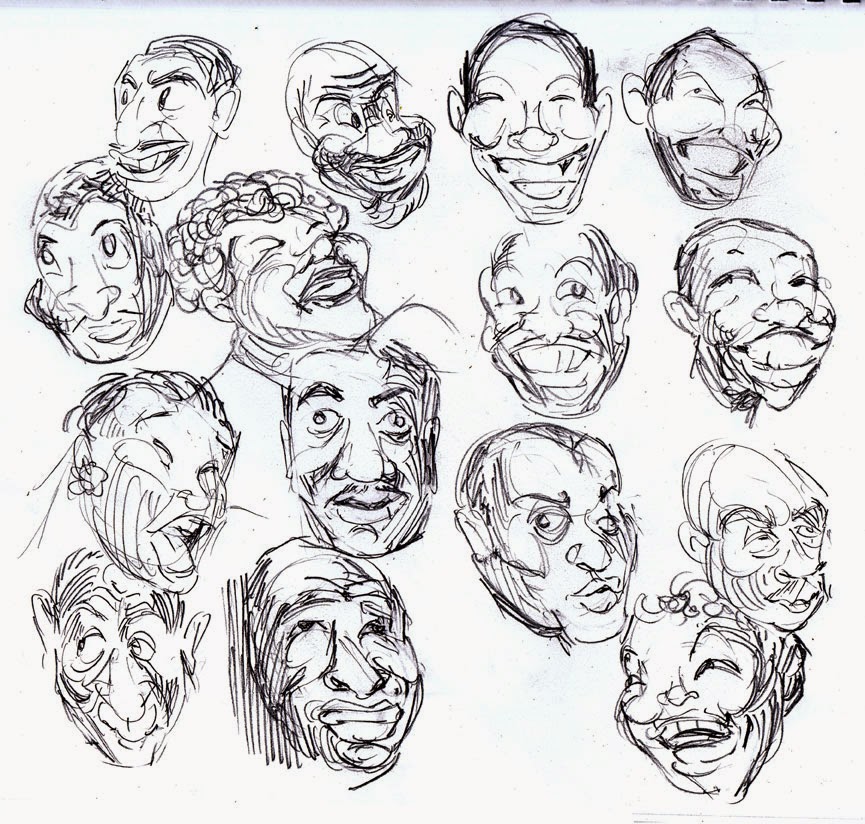 COPYRIGHT 2014 BY MILTON KNIGHT
Posted by Milton Knight at 8:04 PM No comments: