Illustrations I did for the Jass Records holiday compilation way back in the eighties. 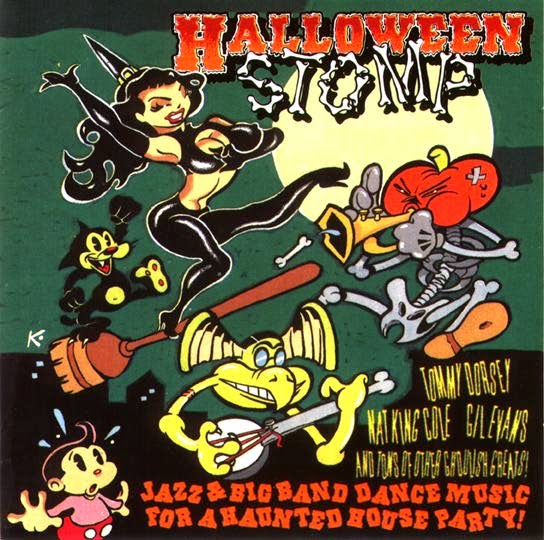 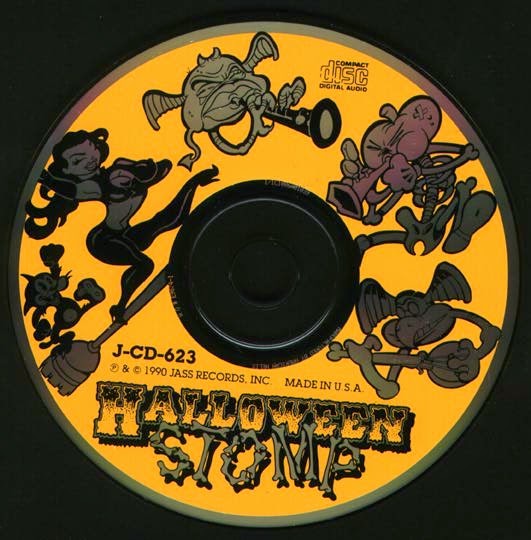 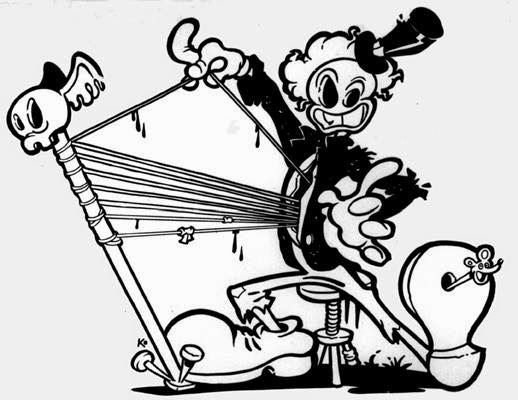 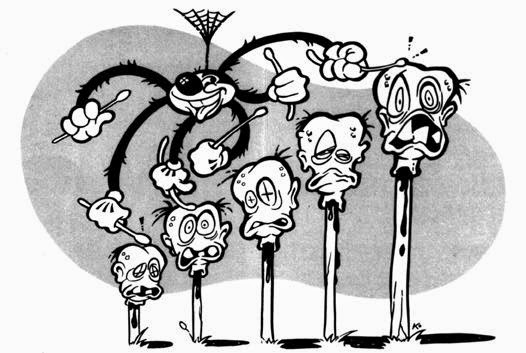 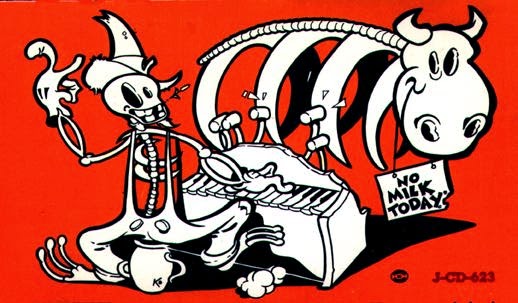 And here's a playlist of five selections from the CD:

DANEMON'S MONSTER HUNT AT SHOJOJI (1935)
A slapstick tale of a legendary figure: Ban Naoyuki (1567 -- May 26, 1615), also known as Ban Dan'emon was a Japanese samurai general of the late Sengoku and early Edo periods.
Drawings: Yoshitaro Kataoka; made some of the earliest efforts in color productions, and was also an artist of manga.


A MAD HOUSE-Terrytoon (1934)
Mad Doctor who rooms with a house of skeletons plans mischief. M.D. animation largely by Bill Tytla.


A HOWLING SUCCESS-Terrytoon (1954)
A favorite plot at the studio: a character running around the house being terrorized mostly by his own imagination. A sure-fire setup for freak-out animation by Jim Tyer, Carlo Vinci, Conrad "Connie" Rasinski (the director, after whose dog "Pago" was named) and Paul Sommer.


THE NUTTY NETWORK-Terrytoon (1939)
Jungle animal spoof of the public reaction to Orson Welles' "War of the Worlds" broadcast. With the Bert Lahr lion as "The King". Fine "cartoon-hot dance" music by Philip A. Scheib. 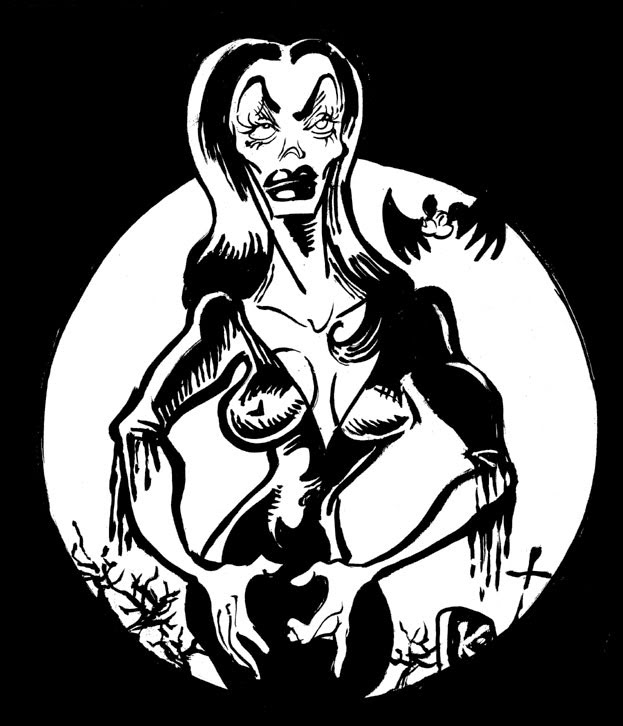 Posted by Milton Knight at 12:04 AM No comments: 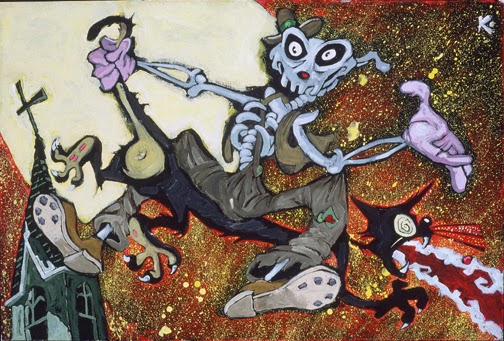 COPYRIGHT 2014 BY MILTON KNIGHT
Posted by Milton Knight at 4:06 PM No comments: 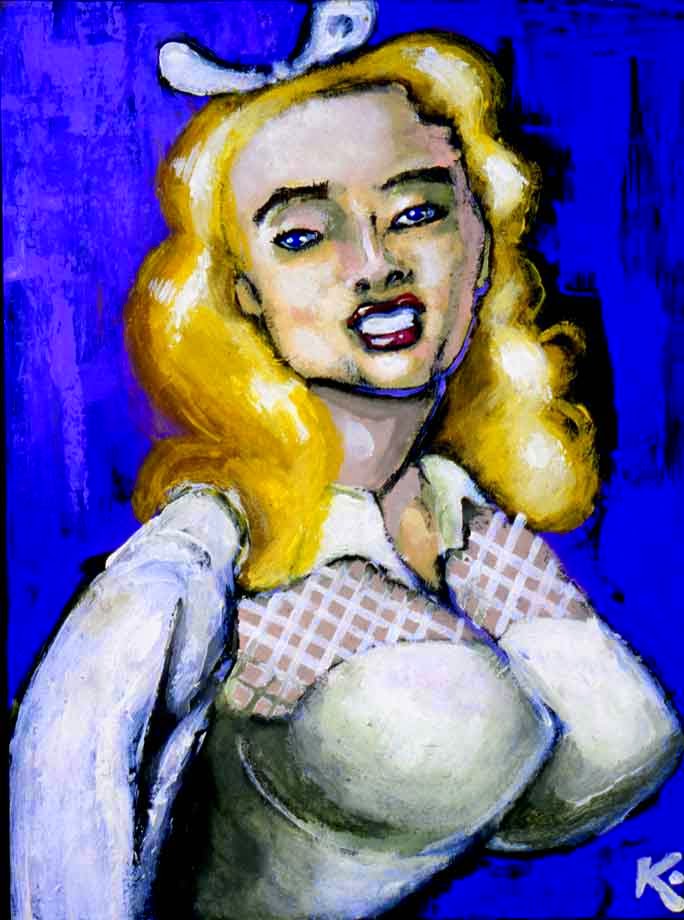 COPYRIGHT 2014 BY MILTON KNIGHT
Posted by Milton Knight at 9:36 PM No comments: 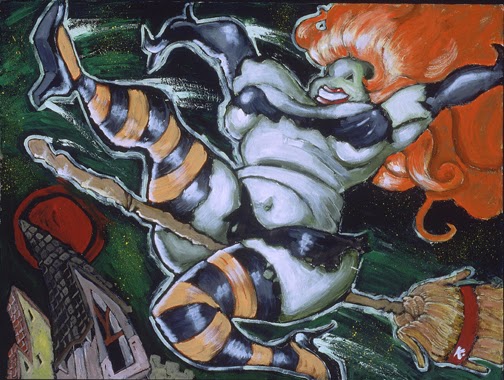 Two more animated scenes from my unfinished project, CAPRICE, dating from about 2008.


There would be a camera shake here due to an earthquake...

It's a thrill looking at your animation after a period of years. You can see the errors, but also thrill on where it's at its best.

Esteemed animator Mark Kausler advised me to use more held drawings because the drawings were too interesting to miss. He feels my animation drawings are more like printed comic art than an animation style, I suppose due to the joints and knuckles.

I don't believe Mark was putting the work down, just saying it was different, and I like that; after all, if I'm working on my own time, it should be something I like myself.  And I'm not working on it now; just pulled some files out. When I'm working on a film in the future, I'm not telling anyone. I'll spring it on you, and you'll have to pay to see it.

COPYRIGHT 2014 BY MILTON KNIGHT
Posted by Milton Knight at 3:01 PM No comments:

DANCE CYCLE BY ME

From the unfinished CAPRICE project, 2000s. The character, Bitsy the 'B'.

COPYRIGHT 2014 BY MILTON KNIGHT
Posted by Milton Knight at 8:45 PM No comments:

I swear. I was in the bookstore, trying to make my way through one of them, and this happy-dappy jogger dude with a paper cup of tea comes up the aisle, bumping an old man in passing. "'Scuse me!" He is obsessed with small talking to anyone around, often about his tea, which he can't live without.. He makes a couple of friendly remarks to me. I smile, say "yeah", return a remark or two, and go back to my reading. Then he actually pulls a book from the shelf and reads the texts of it out loud in a clear voice, turns to me and says something like, "Yeah, right, funny, eh, Dude?" I have to put on a more concentrated expression as I read mine so he'll take the hint. 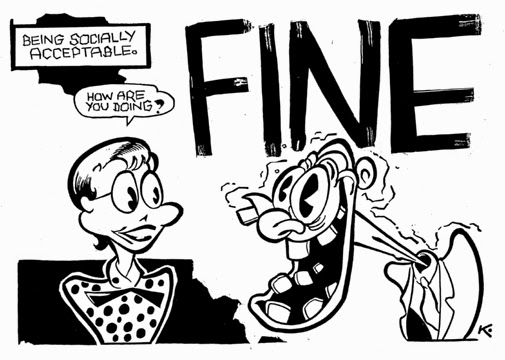 I'm finding a lot of people don't look at the art closely anymore; it's who did it that counts. If it's not a work of "somebody", it's not worth looking at.

Society makes the assumption that if an artist is REALLY good he'll make the history books thru sheer merit. Bull. Who knows how many Van Goghs there were in his time who people STILL refuse to observe and treasure? 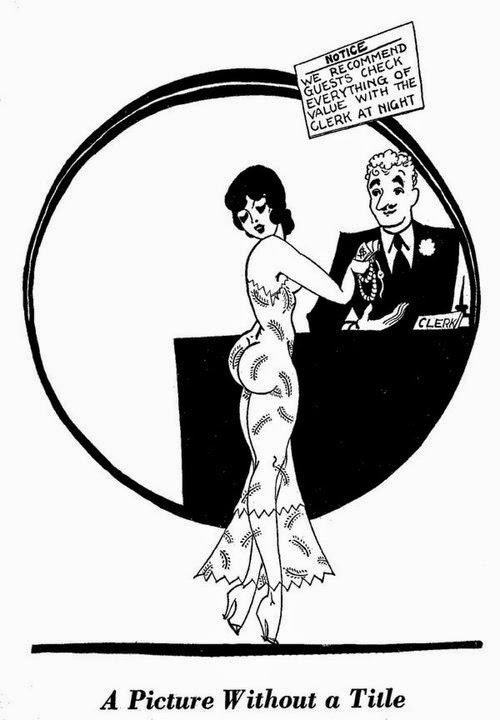 Had a dream I was seeing a newly discovered Laurel & Hardy short from 1936. Stan tells Ollie he wants to become a songwriter. Ollie puts him down. Fade out. Fade in some time later, and Ollie is a chauffer driving the wealthy Stan, who’s lounging in the back seat. Sharing the front seat is Finlayson, Stan’s lawyer. They stop at a big department store. From then on, my dream becomes cloudy, but there’s an “I’ll hurt you, you hurt me” match being played by two good looking female customers. They are doing pleasant things such as twisting and cracking each others’ wrists. The ending had Ollie losing Stan’s fortune with a bad investment. 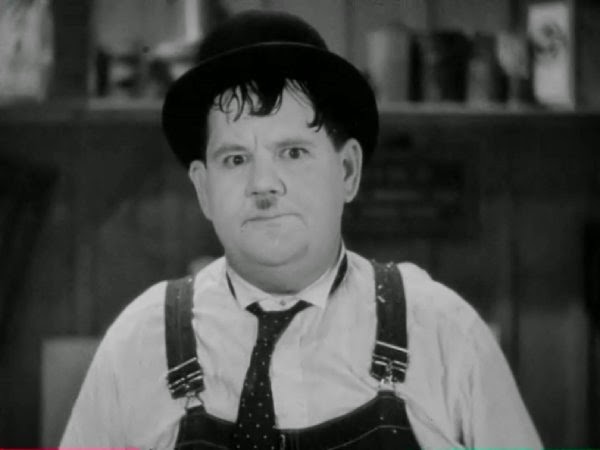 Posted by Milton Knight at 2:54 PM No comments:

Pages from A GUIDE TO BETTER FIGURE DRAWING by Cecile Hardy 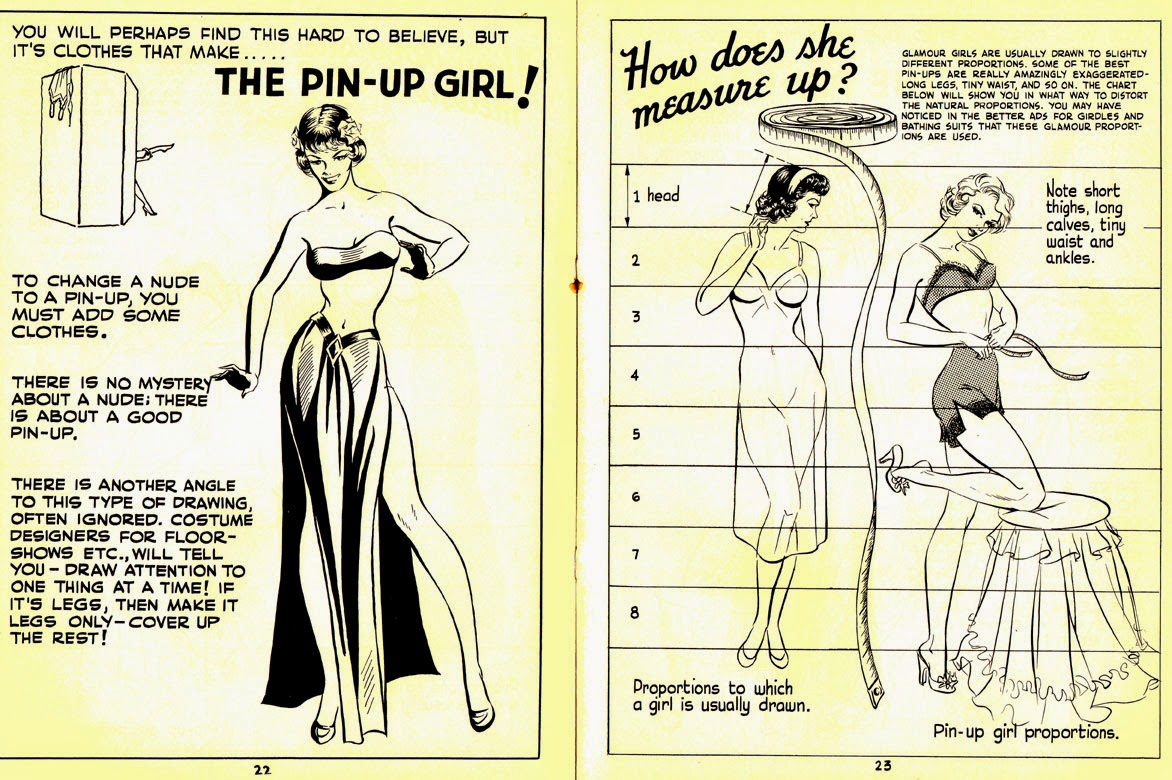 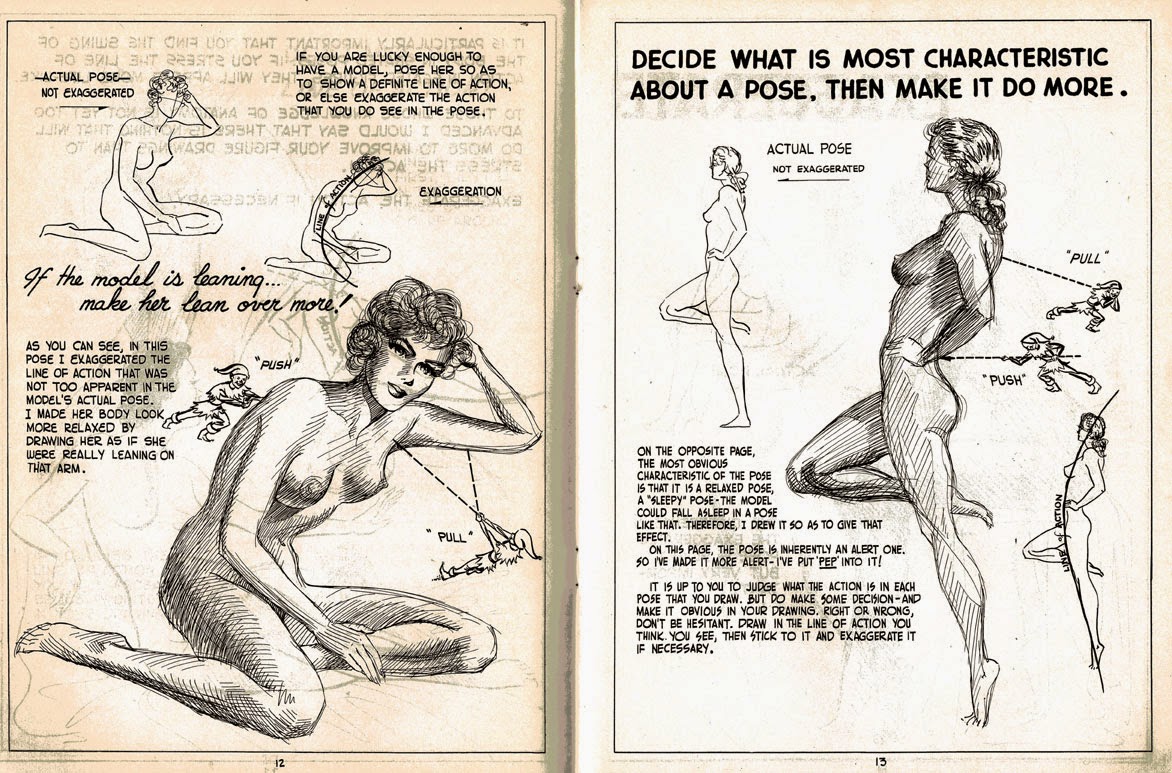 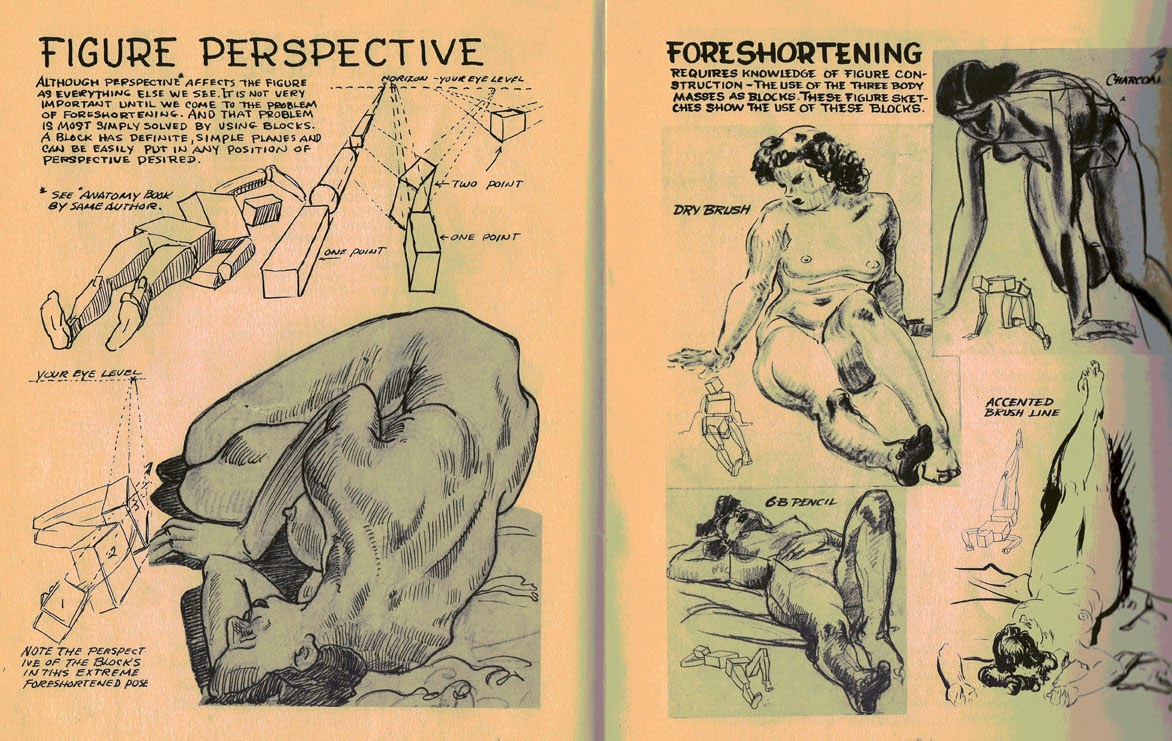 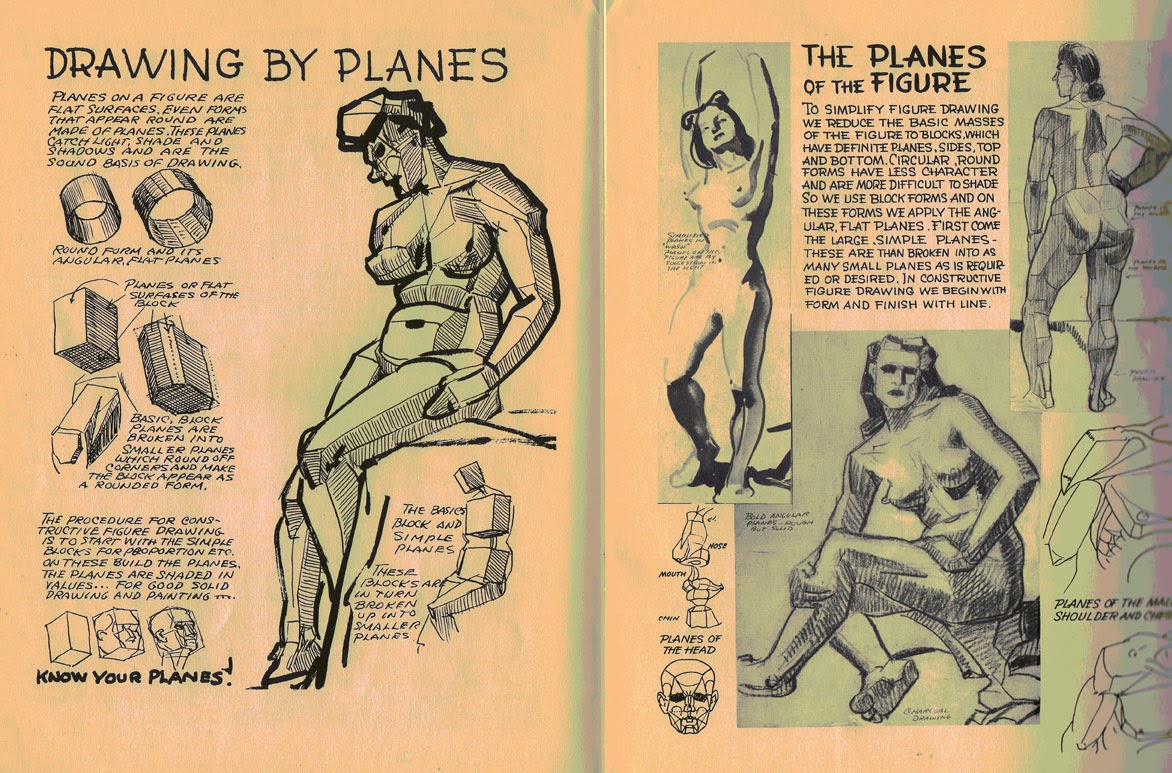 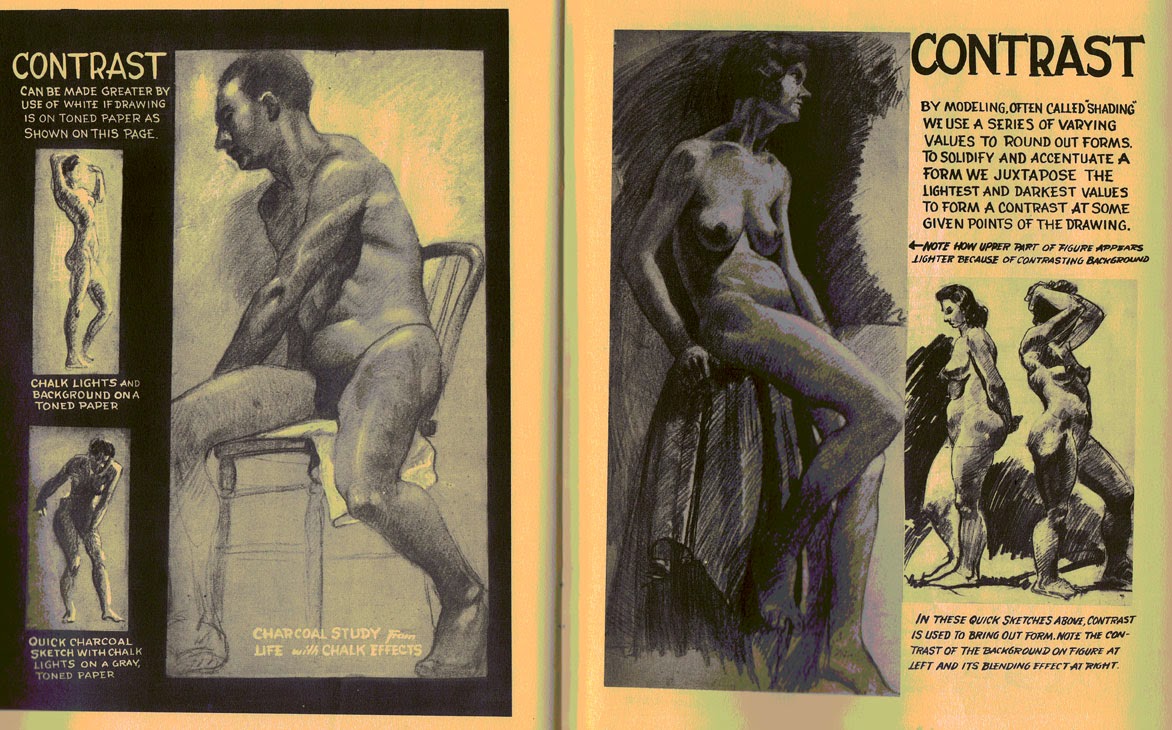 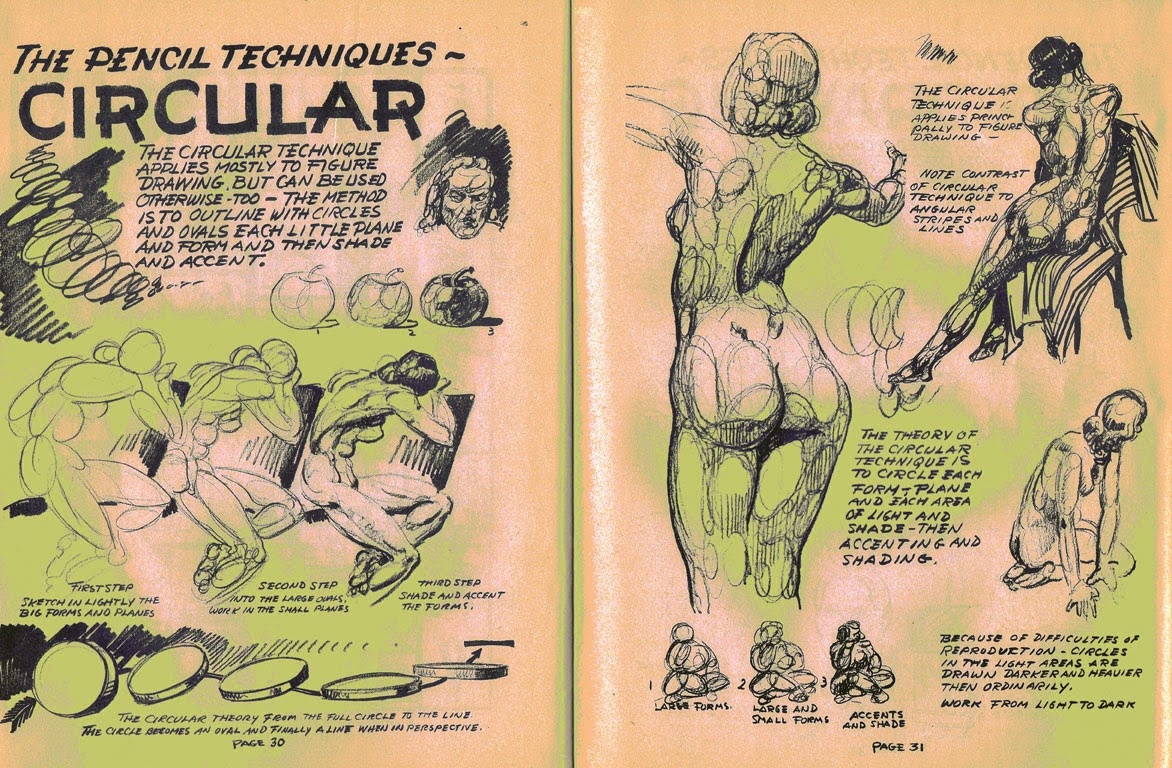 Posted by Milton Knight at 6:41 PM No comments:

Virile drawing manuals; as tough & gritty as the charcoal pencil itself. Many members of today's neutered (or simply raging) society consider this quality "scary". 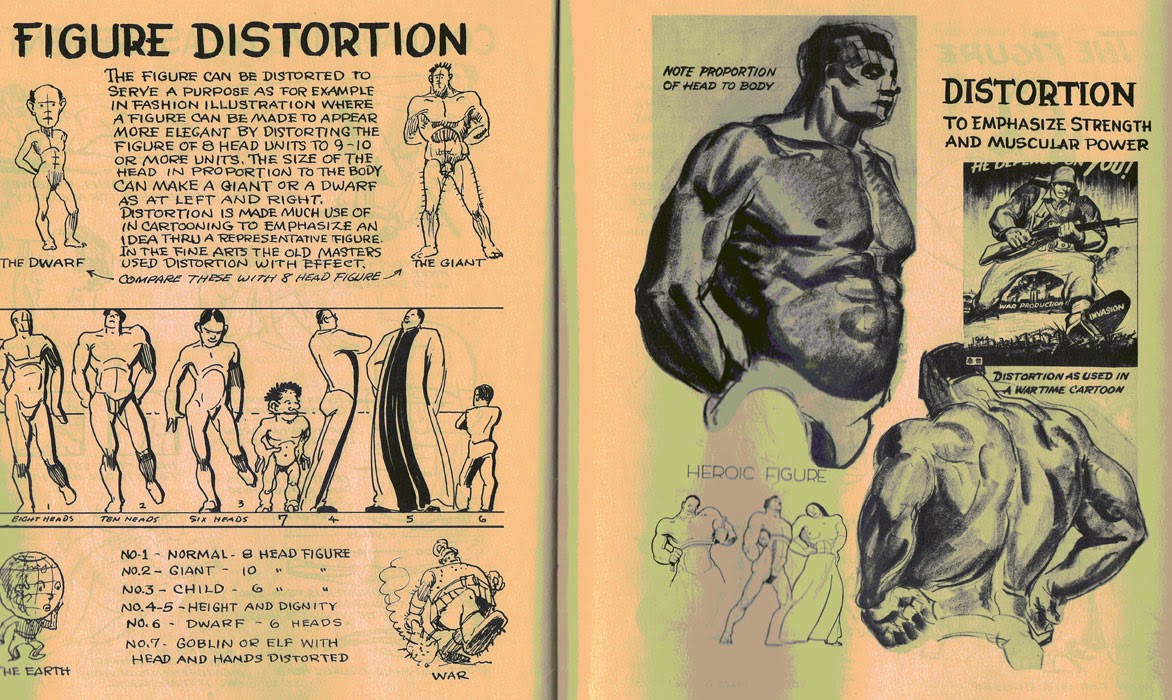 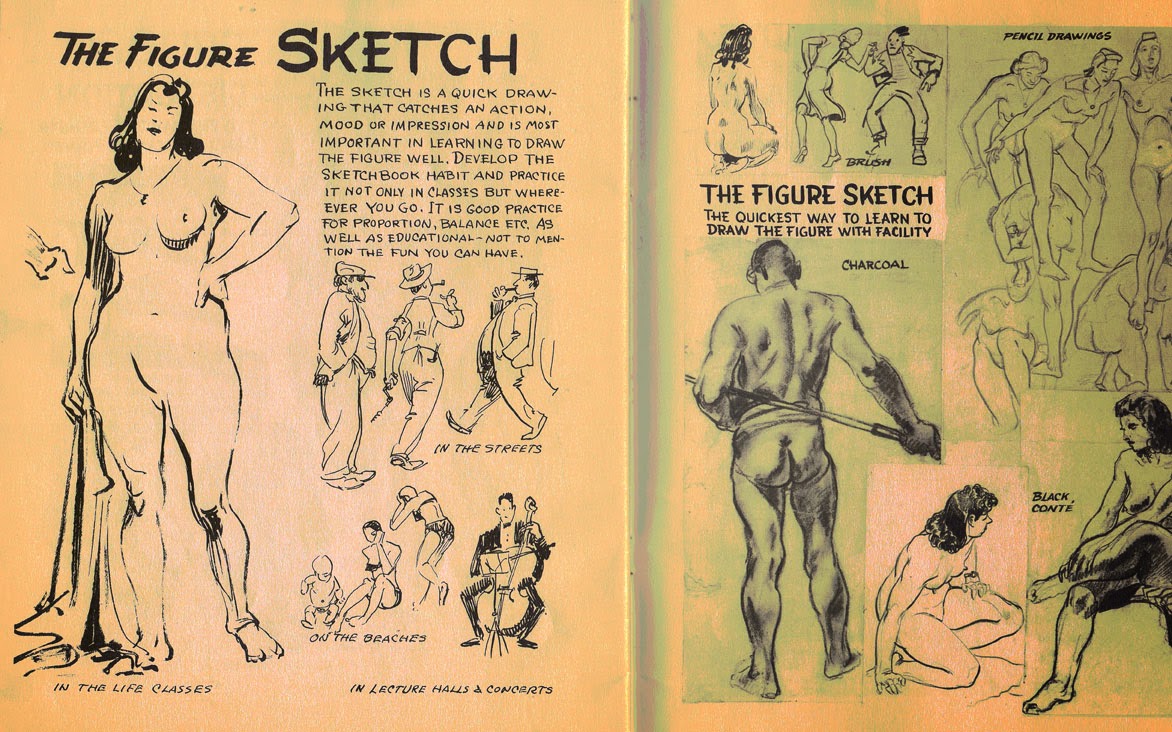 Last nite, had a table in the "Graphic Artists and Their Art" section at the Pasadena Central Library. It was part of the "Art Walk", a night of bus shuttles to various museums around town. It was a crowded house but a rocky start; only two of us cartoonists showed, and it was only when we demanded a table in the main lobby that we got traffic, but not much at first. (I got the vibe pretty quickly and put the HUGOs away.) The other artist got fed up and left early. I nearly did too, but ...then it started going well. A lot of impressed people (non-comics peoples' reaction are always fresher and more open), good conversation, sold a pair of GRAPHIC CLASSICS volumes ($32 big bucks, buddy!). Giving the prices broke my heart; moms will NOT shell out $6 for a 32 page magazine for their kid; people are really impressed (almost amazed) to find someone drawing with their own hands, and many regard it as BETTER, and many prefer the word "comic" to "graphic novel". Though they're supposed to be "mainstream", "graphic novels" are a hard sell to civilians.
Posted by Milton Knight at 1:22 PM No comments: