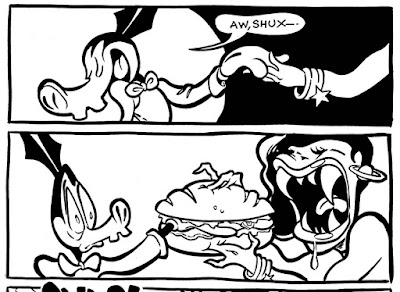 Dear Patron,
Your PDF bonus is this 6 page Elmo Aardvark story that just had an *extremely* limited debut in a promotional comic, THE ADVENTURES OF BIFFLE & SHOOSTER! (200 copies, so you're seeing the rarest this month!)

My Patreon Page
Posted by Milton Knight at 9:02 PM No comments: 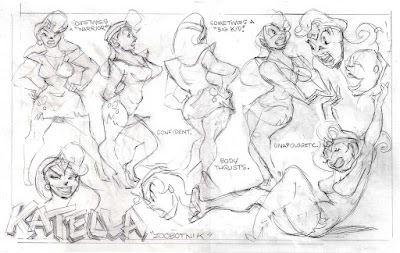 Posted by Milton Knight at 7:39 PM No comments:

The visual of Christ as a white man with brown hair is man creating God in his own image.
Posted by Milton Knight at 4:55 PM No comments:

I've got three paintings in a show opening on Friday! My debut in the Bloomington arts scene...

This show features the various works of 5 artist working in the African American Diaspora expression. Together their voices create a new narrative that recites stories as individuals and experiences of the whole. 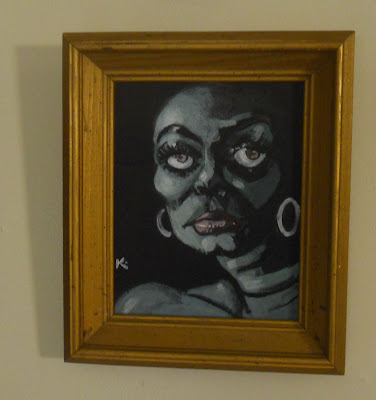 Posted by Milton Knight at 10:13 PM No comments:

The gallery I'll be showing at has requested an Artist's Statement and a bio to help promote the show:

Ever since I fell in love with drawing in 1963, I felt a purpose beyond simply creating. In those early, naïve days, I felt I had a purpose: to help make a better world by providing it with art of a special sort...a sort with feelings so extreme, it might exorcise the viewer's pain. That is what made me defy the cruel opposition of my family.
The resultant anger and dissatisfaction with the truths of life that grew in evidence have always driven my work. We were not wealthy; though I went to art courses after high school hours and later college classes, it was my choice not to undergo art school conditioning. A career in art meant independence.

I forged ahead feverishly. In my work, human emotion, casual cruelty and their natural byproduct, pain, are ever-present motifs. In a culture that demands the smothering of truths, I feel I have a mission to express, to speak to others whose needs and feelings are not being addressed in life as well as art; to lash open the curtain to expose the underrepresented beauty of America’s shabby.
Joy is another extremity. I parody the excesses of popular culture. The female figures are a culmination of art’s ideals through art history to the voluptuosity of vintage Hollywood, commercial art and the burlesque stage. I depict the “common man’s”wish fulfillments with sensuality swelled to bursting, expressed in rich impasto or heavy slathers of black. I want color you can eat, like rich, frothy bread. In a sole work, I try to encourage the viewer to walk into the frame. I want a roomful of them to swallow the spectator. Inspired by Renaissance drawing, I put serious thought into keeping my figures and backgrounds full bodied and full of motion, to never do anything 'easily', to always twist the figures and perspectives into going that 'extra mile'.
I am at heart an American cartoonist and have a difficulty with segregating my art as ‘African American’. I consider my art to be international; Asian brush paintings, Expressionism, Pop Art; it is better to ask what I am not influenced by. My inspirations span time and globe.

My interest is rarely in recapturing or approximating reality, but in creating new ideas and forms and in giving them their own unique life.

Left home at seventeen, ekeing out what some would call a semi-living at my crafts while enjoying a lovely semi-homeless existence on Manhattan's waterfront. Finally landed in a Brooklyn brownstone where I spent seven waterbuggy years.

Did everything I could, I wasn't particular. Wrote and drew comic books and comic strips for magazines and small newspapers, illustrated, designed record covers, posters, candy and T-shirts, and exhibited paintings and drawings, the major gallery being Psychedelic Solution in Manhattan. Spent the 1980's on the outskirts of the "radical art scene" of Greenwich Village. A challenging time, if not always a happy one.
Labor on Ninja Turtles comics allowed me to get up a grubstake to move to the West Coast in 1991, lured by prospects of a more healthful existence. There followed a riot and a few earthquakes while working in animation as a designer, animator, and debuting as a director thanks to my good friend Felix the Cat and yes, I did a spot of work for Disney). My work in the print media continued until that market petered out thanks to computers and The New Dark Ages.

To retain my sanity (HA), I work on a stream of independent projects, which have included a first novel, independent animation, and the painting.

Became a Bloomington resident in June of 2018.

Posted by Milton Knight at 7:37 PM No comments: 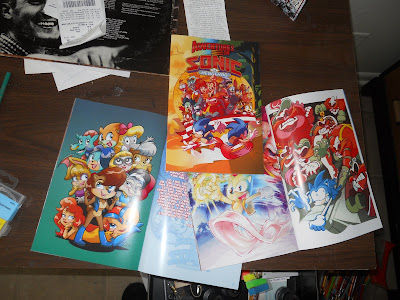 Received my copies of the ADVENTURES OF SONIC book. A beautiful gallery of splash pages made to assist my GoFundMe campaign, and highly recommended! Available in print or online! https://gumroad.com/l/iYqtU

Still touching it up. On your left is Katella the Huntress, a popular one-shot character on SONIC. On your right is Bionica, a girlfriend I created for "Night Life in Mobius", a failed synopsis of my own. 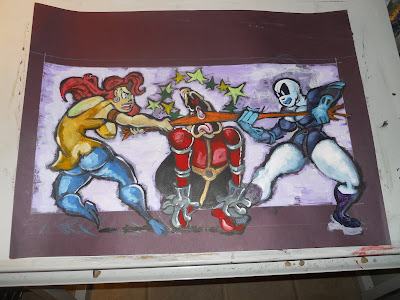 I love to put my paintings in old thrift store frames, even while admitting they are sometimes too tacky to expect to sell them this way! 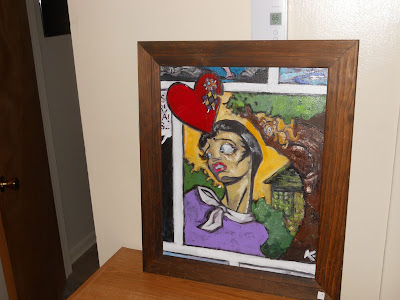 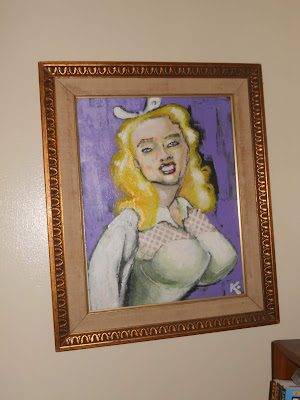 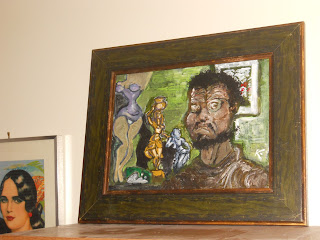 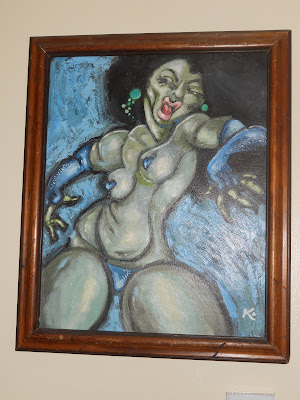 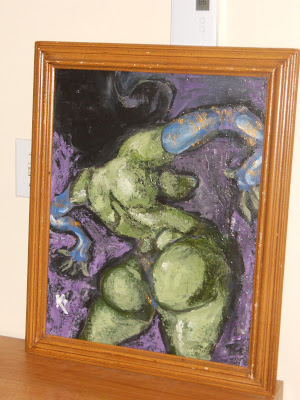 COPYRIGHT 2019 BY MILTON KNIGHT
Posted by Milton Knight at 12:49 PM No comments: 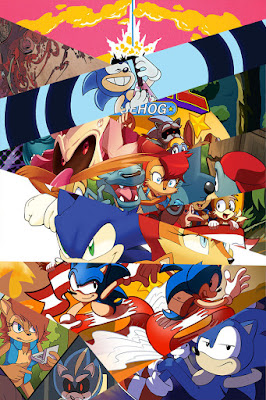 A Special Delivery Parcel of Thanks to 'Fattoler' for assembling a power pack of artists to interpret their visions of SONIC THE HEDGEHOG, AoStH *and* SatAM, in a ‘zine created to help someone in need: yours truly, for the GoFundMe campaign I did in April ’18 in regards to my then-housing crisis. It’s a collection of a very high standard, and I thank everyone for your involvement, investment and creativity!
It’s accessible online here: https://gumroad.com/l/iYqtU
Posted by Milton Knight at 4:52 PM No comments: 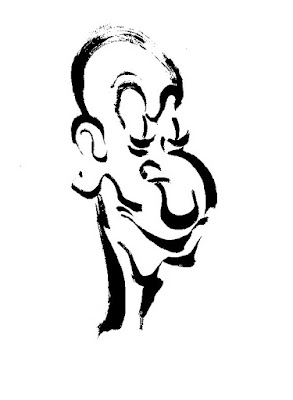 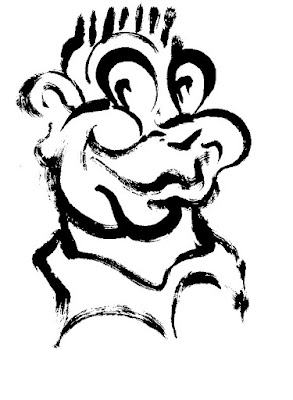 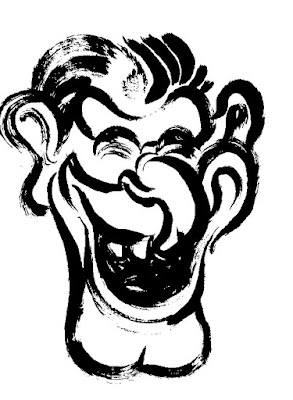 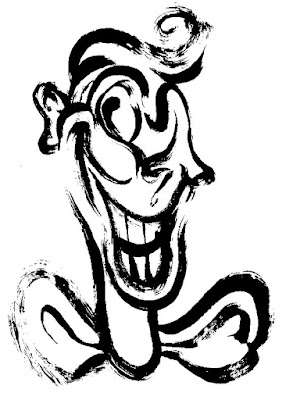 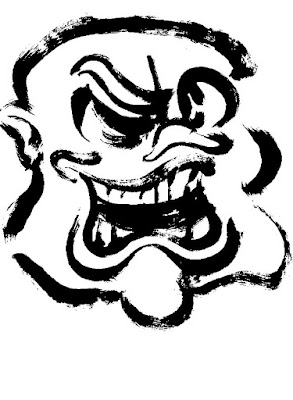 COPYRIGHT 2019 BY MILTON KNIGHT
Posted by Milton Knight at 5:36 PM No comments:

I got a response from a local gallery:
"Thank you so much for your interest in exhibiting in (...) Gallery’s  February exhibit. I would love to have 2-4 of your pieces depending on size. Can you tell me more about the work you make? Specifically  the female figure/character that seems to make several appearances in  different paintings." And not a Robotnik in sight.
Now I must concoct a story about this mysterious female figure.
It's not a "now I've got it made" thing, because I don't; it's more of an "a gallery actually gives a s--- again" thing. 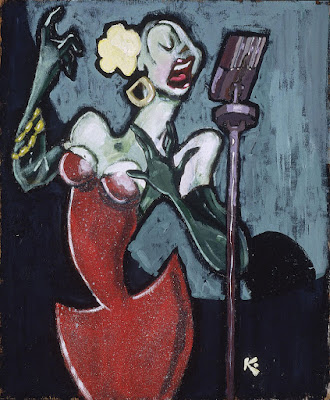 Finishing the third (out of four) Sonic-centric commissions so far this year. 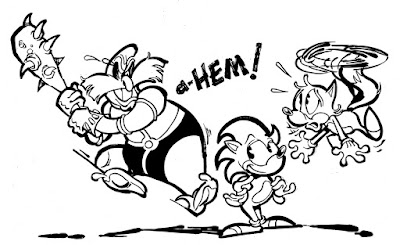 Posted by Milton Knight at 8:53 PM No comments:

I've revisited one motif thrice over the last thirty years. Each version was done without referring to the one(s) prior . It all started with being inspired by this pulp art: 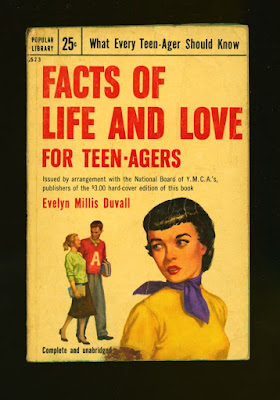 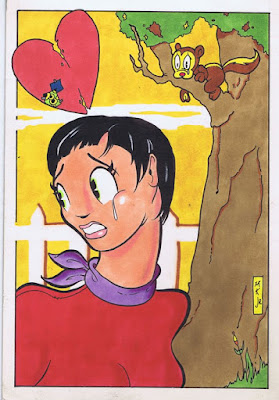 This is probably what was the second version, done with Design Art Markers, from the early 80s. (I haven't found the first, from the same decade.)

And Wednesday morning I completed a third version, done with acrylic and gouache paints on canvas board: 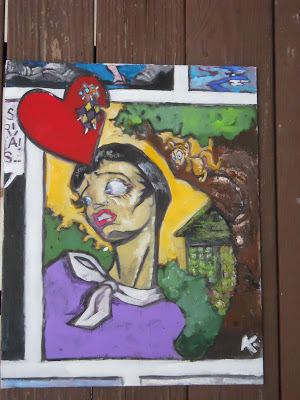 I notice now that the girl's face has turned from a comic book parody into a true tragedy mask. I wonder what the outcome will be in 2029? 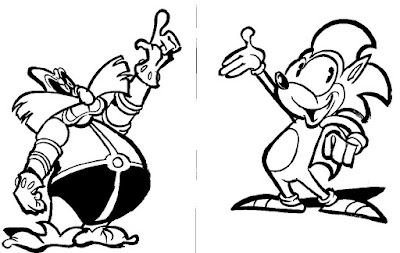 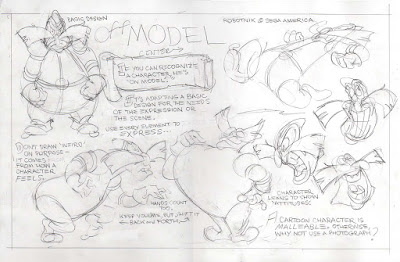 Posted by Milton Knight at 9:18 PM No comments: