In the 1990s, quite a few of the original animators were alive, and some of them working. But the new hotshots nor the studios gave a damn. Norman McCabe was at WB TV doing exposure sheets. The young Turks were threatened by him, or something; McCabe found himself on the receiving end of nasty office politics, and ended up leaving. It was the same case at the "new" WB for Maurice Noble, whose designs were paid lip service, but never followed. Friz Freleng was called in for one meeting planning the 1990s PINK PANTHER show, and actually donated a boxful of art from the original series for the new studio to follow, but his suggestions were ignored.

It's only been since these men died that animation became all about "studying" the old techniques. Now every animator (whatever that means now) wishes they could speak to an old timer. 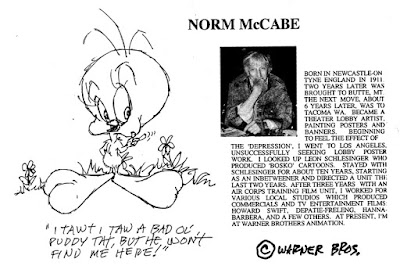 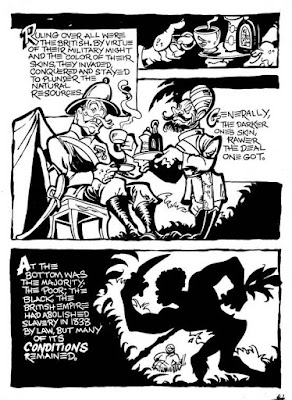 I've posted my page of art (from an unpublished graphic bio of CLR James) before. I'm not sure that many people, even British ones, would have noticed that I swiped from a coffee label to make the point. 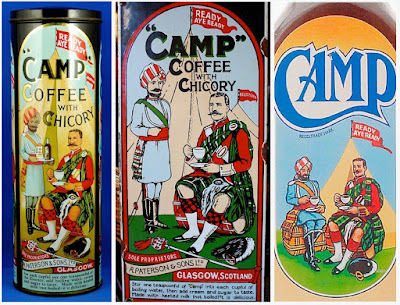 Pictured above are the three ages of the label: from servitude to equality.
Labels borrowed from this blog, whose poster states: "At this rate I may not live to see the Sikh and McDonald’s first kiss."

COPYRIGHT 2016 BY MILTON KNIGHT
Posted by Milton Knight at 9:25 AM 1 comment:

So what's positive about Trump aside from the "rape America great" platitudes? What has he actually offered besides crowd fever?

Asking "so what's Hilary got to offer?" is no answer, it's just a retort. 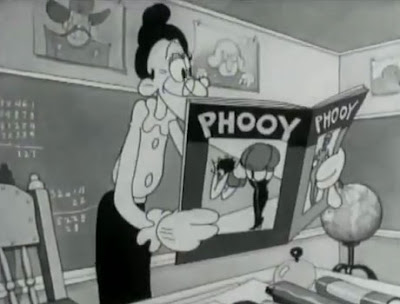 If the studio had offered a series of Old Maid cartoons, they would have made for truly original novelties!  But it was customary to grasp at straw Mickey Mice. 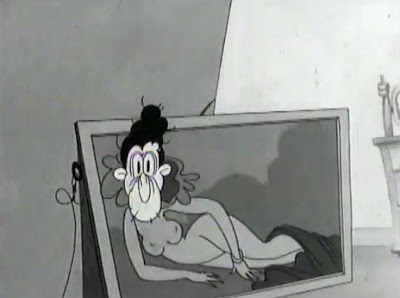 Thanks to dustincropsboy for posting these cartoons.
Posted by Milton Knight at 12:35 AM 1 comment:

SUNDAY IN THE PARK 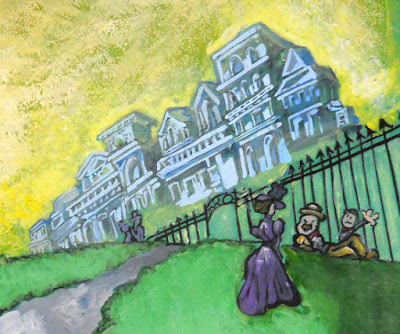 This Chinese cartoon is closer to the Fleischer spirit than any of the "retro" games or videos I've been seeing lately, especially after 6:15. The characters are rubbery, but there's still structure & draftsmanship, and the facial expressions aren't limited to toothy grins and frowns. Probably from the 70s-80s.

Posted by Milton Knight at 11:49 AM No comments:

Drawings from CAPRICE scanned & colored but out of order. (To be put in proper order later.)

I've got some more completed scenes on a disc...somewhere...

From the People's Republic of China, 1957: It's just fun to see what the fanciful characters will do next, as in the animation of Grim Natwick or even Jim Tyer. (Watch for the inflating bear!) Even the music is cool. Must have made a powerful big-screen experience for the youngsters. I love Eastern cartoons for the folk art traditions reflected in them. Artistic qualities unique to their countries. Now dying.

Page from my adaptation of Fitz-James O'Brien's THE MAN WITHOUT A SHADOW for GRAPHIC CLASSICS. 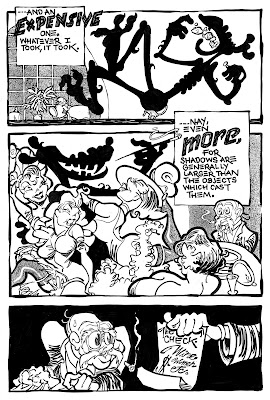 COPYRIGHT 2016 BY MILTON KNIGHT
Posted by Milton Knight at 1:40 AM No comments:

I just read my first e-book. I prefer paper. 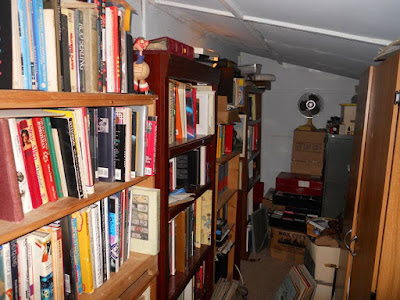 One thing I dislike about e-books is that art must be viewed in pieces or relatively small in full. How much fun is that??

A book of paper I can treasure. An e-book...well, it's on a thumb drive somewhere.

I wrote a little evaluation of Carlo Vinci's animation on my Facebook page. I'm repeating it here:

It's a matter of following his work since childhood, before knowing his name. Always hard to put an animator's specialty into words; Vinci's is largely the quick body motion into a slower, steady position before going into a quick move to the next slow. That timing. The body moves in reaction to the weight of the joint raised or moved. There's a grace to it, and a dimensionality.(He didn't spare three-quarter to profile views, etc.)

From PASTRY TOWN WEDDING: The little guy in this scene after 2:20 makes my timing thing clearer, I hope.


Another quality of his I admire is that when Vinci drew a character, it appeared to have an intellect, rather than only an emotion. Even his early HB stuff. Making a character like Fred look aware of what's going on instead of just a dumb nut isn't all that easy. 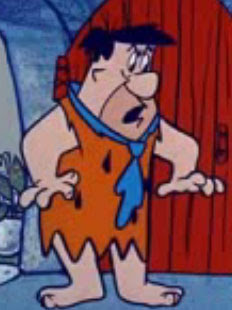